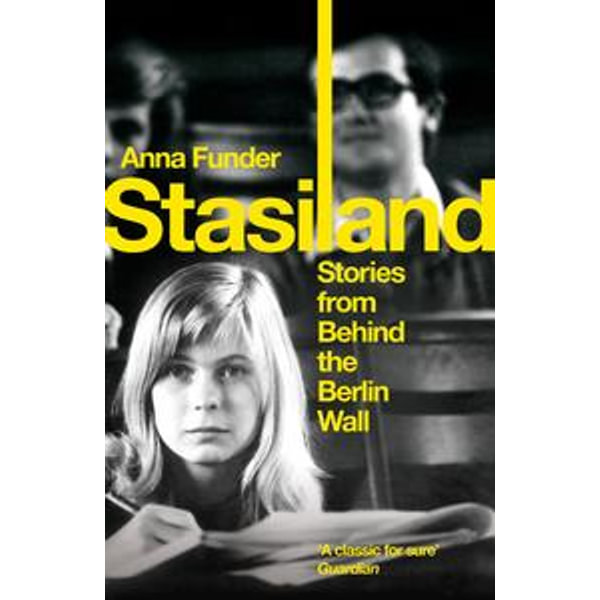 Stasiland tells true stories of people who heroically resisted the communist dictatorship of East Germany, and of people who worked for its secret police, the Stasi. Internationally hailed as a classic, it is 'fascinating, entertaining, hilarious, horrifying and very important' (Tom Hanks) and 'a heartbreaking, beautifully written book.' (Claire Tomalin).East Germany was one of the most intrusive surveillance states of all time. One in 7 people spied on their friends, family and colleagues. In 'the most humane and sensitive way' (J.M. Coetzee) Funder tells the true stories of four people who had the extraordinary courage to refuse to collaborate with the Stasi, and the price they paid. She meets Miriam Weber, who was imprisoned at 16 after scaling the Berlin Wall. She drinks with the legendary "Mik Jegger" of the Eastern Bloc who was 'disappeared'. And she finds former Stasi men who defend their regime long past its demise, and yearn for the second coming of Communism. Stasiland won the Samuel Johnson Prize for best non-fiction published in English in 2004. It was a finalist for the Guardian First Book Award, the W.H. Heinemann Award, the Index Freedom of Expression Awards, The Age Book of the Year Awards, the Queensland Premier's Literary Award and the Adelaide Festival Awards for Literature (Innovation in Writing). It is read in schools and universities in many countries, and has been adapted for CD and the stage by The National Theatre, London.
DOWNLOAD
READ ONLINE

Winner of the BBC Four Samuel Johnson Prize Truth can be stranger - and more heartbreaking and hilarious - than fiction. Stasiland is a brilliant debut by a prodigiously gifted writer. About the Author Anna Funder is the author of the international bestseller Stasiland, which won the 2004 Samuel Johnson Prize and was published in 20 countries and translated into 16 languages.

Stasiland, by Anna Funder, originally published in 2002, is the true account of life in East Germany during the Communist regime, from 1949 to 1990.It tells the stories of those who resisted and engaged in what has been called the most perfected surveillance state of all time. Stasiland, [Anna Funder] Resource Information The item Stasiland, [Anna Funder] represents a specific, individual, material embodiment of a distinct intellectual or artistic creation found in Randwick City Library. This item is available to borrow from 1 library branch.