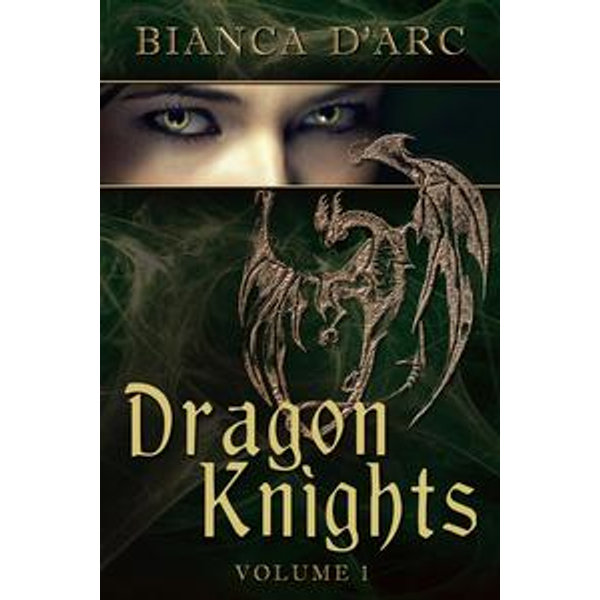 Knights, dragons and ladies fair...and fierce! The first three stories in the critically acclaimed Dragon Knights series from USA Today Bestselling Author, Bianca D'Arc. Epic fantasy menage romance at its best. Volume 1 contains RT Book Reviews Reviewers Choice Award Nominated Maiden Flight, Border Lair, and The Dragon Healer. Maiden Flight A chance meeting with a dragon seals the fate of a female poacher. The dragon's partner, a knight named Gareth, falls for the girl. He wants her for his mate, but mating with a knight is no simple thing. To accept a knight, a woman must also accept his fighting partner too. War is in the making and she must choose her fate-life with two men to love, or her lonely life in the forest. Border Lair A widow, Adora never dreamed love could find her again. Lord Darian finds something to live for in Adora's smile, but his old friend, Sir Jared, is also intensely attracted to her. As war looms, romance grows, even as evil invades the land. The knights and dragons must stand fast against the onslaught, the beautiful woman of royal blood bringing them hope, healing and love. The Dragon Healer Silla hears the cries of a dragon in distress, and comes to his aid. The dragon's knight, Brodie, is fascinated by her. Geoff knows that when Brodie finds a wife, they will share her because their dragons are mates. Love at first sight turns out to be real and strikes them hard. Silla is the missing link that will join their lives and make them a true Lair family-if she will only agree. Note: For adults only. Contains graphic language, multi-partner sexual situations and swashbuckling knights riding dragons who meddle in their lives more than you'd think!
DOWNLOAD
READ ONLINE