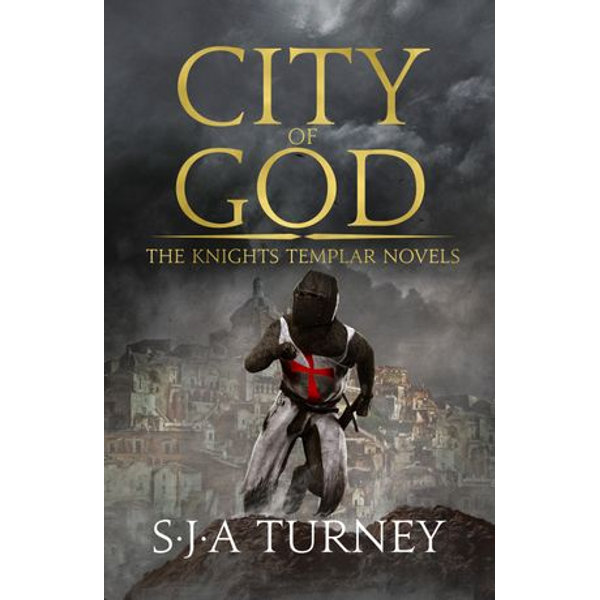 Journey to the heart of an empire: a jaw-dropping historical adventure from master storyteller S.J.A. Turney. Arnau de Vallbona and his fellow Templar Brother Ramon are bound for the Holy Land to take part in the great Crusade when fate intervenes. Delayed in Cyprus, they learn of a growing rift in Christendom: the crusading army has diverted from its course and threatens Rome's allies in the Byzantine Empire. Arnau and Ramon, alongside the irascible Preceptor Bochard, race to Constantinople, encountering a grand and crumbling world of alliances and betrayals, emperors and armies. The fate of the world is at stake. As Christian forces inexorably collide, Arnau is caught in the middle of an epic siege of the greatest city in the world. He will be tested to his limits: follow his vows... or do what's right? A novel of awe inspiring scale, battle and story, this is a masterly telling of one of history's great turning points from S.J.A. Turney, perfect for fans of Bernard Cornwell, Michael Jecks and K. M. Ashman. Praise for SJA Turney 'Turney masters politics, pace and pursuit in this death-defying twelfth-century story ... stunning story-telling' Prue Batten, author of The Triptych Chronicle Trilogy
DOWNLOAD
READ ONLINE

Remember the name. The film has been compared with Scorsese's "GoodFellas," and it deserves the comparison. Book 17 In this book the history of the city of God is traced during the period of the kings and prophets from Samuel to David, even to Christ; and the prophecies which are recorded in the books of Kings, Psalms, and those of Solomon, are interpreted of Christ and the church. As the definitive Davidic king, Jesus Christ's role as city-builder is prefigured by his royal ancestors, especially David and Solomon, who established ancient Jerusalem as God's temple-city.