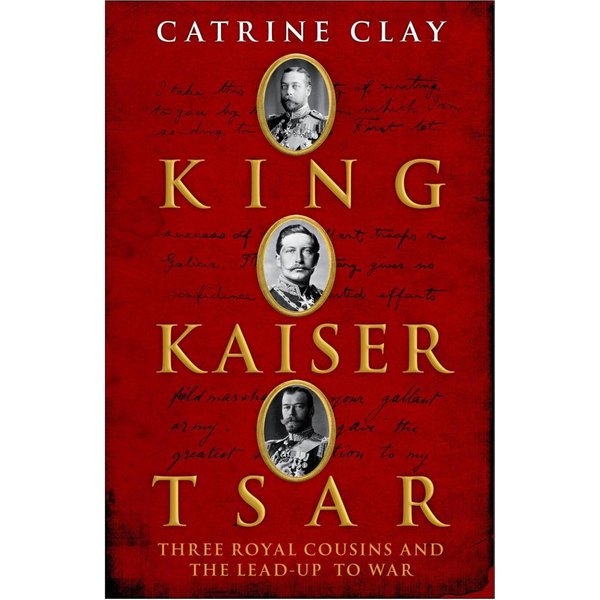 During the last days of July 1914 telegrams flew between the King, the Kaiser and the Tsar. George V, Wilhelm II and Nicholas II, known in the family as Georgie, Willy and Nicky, were cousins. Between them they ruled over half the world. They had been friends since childhood.But by July 1914 the Trade Union of Kings was falling apart. Each was blaming the other for the impending disaster of the First World War. 'Have I gone mad ' Nicky asked his wife Alix in St Petersburg, showing her another telegram from Willy. 'What on earth does William mean pretending that it still depends on me whether war is averted or not!'Behind the friendliness of family gatherings lurked family quarrels, which were often played out in public. Drawing widely on previously unpublished documents, this is the extraordinary story of their overlapping lives, conducted in palaces of unimaginable opulence, surrounded by flattery and political intrigue. And through it runs the question: to what extent were the King, the Kaiser and the Tsar responsible for the outbreak of the war, and, as it turned out, for the end of autocratic monarchy
DOWNLOAD
READ ONLINE

The extraordinary family story of George V, Wilhelm II, and Nicholas II: they were tied to one another by history, and history would ultimately tear them apart. Drawing widely on previously unpublished royal letters and diaries, made public for the first time by Queen Elizabeth II, Catrine Clay chronicles the riveting half century of the royals' overlapping lives, and ... Read "King, Kaiser, Tsar" by Catrine Clay available from Rakuten Kobo.

You might see ... "King, Kaiser, Tsar" is especially enjoyable when Clay relates stories about the personal lives of the royals. They were eternally sending each other gossipy missives full of exclamation points ... Praise For King, Kaiser, Tsar: Three Royal Cousins Who Led the World to War … "Clay expertly weaves the story…with remarkable expertise, she provides an intimate look inside the lives of these boys as they grew into manhood and became king, Kaiser, and tsar, bringing new pleasures and details to a well-known subject." —Library Journal (starred review) "[Clay] brilliantly narrates ... King, Kaiser, Tsar is her third book, resulting from her documentary of the same title.