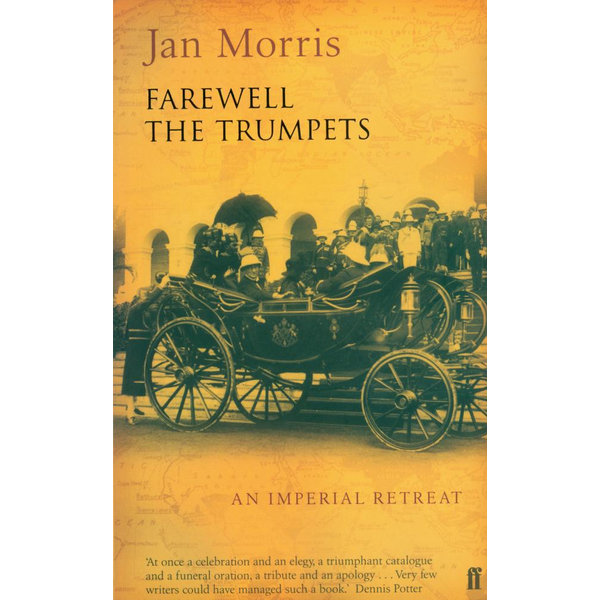 Farewell the Trumpets: An Imperial Retreat traces the momentous decline and fall of the greatest of empires - from Queen Victoria's Diamond Jubilee to the death of Winston Churchill in 1965. With characteristic balance, this masterpiece of narrative history describes the long retreat and final dissolution of the British Empire. The Pax Britannica Trilogy includes Heaven's Command: An Imperial Progress and Pax Britannica: The Climax of an Empire. Together these three works of history trace the dramatic rise and fall of the British Empire, from the accession of Queen Victoria in 1837 to the death of Winston Churchill in 1965. Jan Morris is also world-renowned for her collection of travel writing and reportage, spanning over five decades and including such titles as Venice, Coronation Everest, Hong Kong, Spain, A Writer's World and most recently, Contact!'The British Empire is fortunate in having found in Morris a chronicler and memorialist who can do it justice. . . Morris writes with inspired gusto, firmly rooted in erudition, which carries the book into the realms of literature.' Sunday Telegraph'One of our finest writers on Empire - alive to its glory, yet with a beady eye for the corruptions and failures which were at its heart, along with the dreams.' Observer
DOWNLOAD
READ ONLINE