Farida, the Queen of Egypt 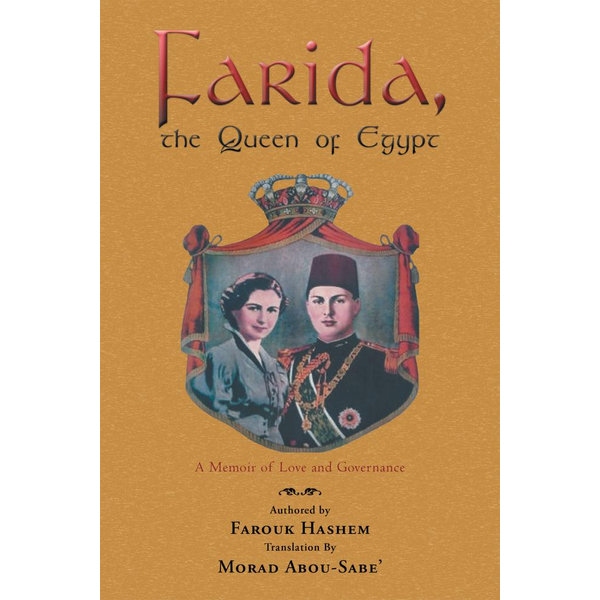 The turns of the Egyptian history are like a continuous chain of events, sometimes plagued with horrors and misfortunes and, at times, filled with brilliant historical achievements. All together, they form unyielding pages of history that remain there with the truths for all to discover and contemplate. This book, "Farida, the Queen of Egypt, a story of Love and Governance", is the authentic love story of Shehnaz Zu-Ul-Faquar, who later took the royal name Queen Farida, and the young Prince of Egypt, Farouk the First. It is the story that the late queen told in her own words, as she described the joyful times she had as a young teen falling in love with this handsome young adolescent Prince Farouk, who was about to be crowned the King of Egypt. Talking about how she was enthralled into the romance of her life, when King Farouk chose her to be his wife and the Queen of Egypt. Queen Farida's story describes her love for Farouk and her passion for wanting to make her life at the Royal Palace, the fairytale every young girl dreams about. It also describes her struggles with the Royal Palace Court and the King's entourage of assistants and servants, who vied for controlling the palace life over her will. Farida describes how she fought the Palace corruption and how she tried to protect Farouk, who was constantly steered towards the life of lust and women and not the life of an honorable King, husband and father and a model for his people? Farida described how it all ended up, after eleven years of persistence to make it right, with no options but to demand her divorce from King Farouk. With her divorce in 1948, hell broke loose over Farouk's incompetence and the tragedies mounted leading to his humiliation and ultimate exile to Italy, on July 26th, 1952, after the 1952 Egyptian Military Revolution.. Farida's life story continues when she turned to Art, after her divorce and losing her crown. Art became her passion and the way for her salvation after her troubled marriage and the overthrow of her husband King Farouk. She describes her long journey moving from one place to another, her financial highs and lows, when she could not meet her own living expenses. She describes how she met the three Egyptian Presidents, Nasser, Sadat and Mubarak, in search for a decent life in her homeland, Egypt, by the Nile and the Pyramids. All in all, this book is the story of Queen Farida's life with the ups and downs that characterized her life's struggle for no fault of her own. It was just her destiny and she remembered every part of it as if they were just happening.
DOWNLOAD
READ ONLINE

Front and back of the image: Front of photograph ... Mr. Farouk Hashem met queen Farida in 1976, when he was a consul at the Egyptian Embassy in London.