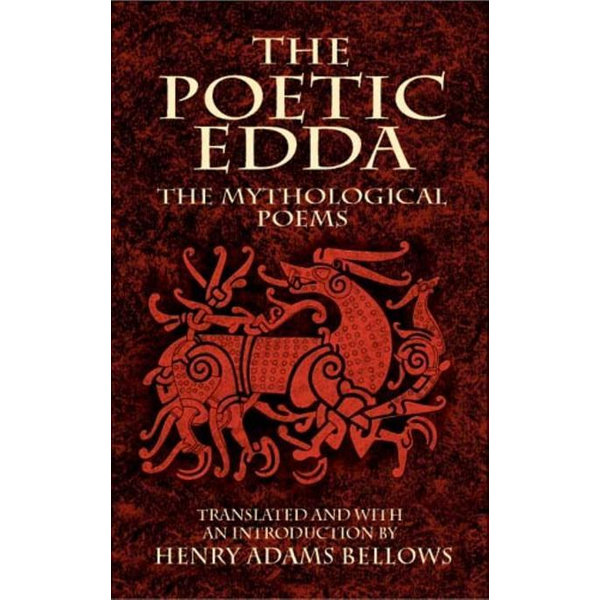 The vibrant Old Norse poems in this collection, which may have been brought together as early as the thirteenth century, authentically capture the ancient oral traditions of the Norsemen. In addition, their images of a mythical world profoundly influenced latter-day storytellers as Richard Wagner and J. R. R. Tolkien. Known as the "Lays of the Gods," these mythological poems include the Voluspo, one of the broadest conceptions of the world's creation and ultimate destruction ever crystallized in literary form; the Hovamol, a compilation of sagacious counsels reminiscent of the biblical book of Proverbs; the Lokasenna, a comedy bursting with vivid characterizations; and the Thrymskvitha, a ballad of enduring loveliness. The Poetic Edda is not only of the highest interest to students of antiquity; in the exceptionally detailed and complete translations included here, it offers lovers of poetry and myth some of the most remarkable surviving specimens from a distant age of poet-singers and oral traditions.
DOWNLOAD
READ ONLINE

Translations into Latin, French and English were enthusiastically received by a public eager to construct a sense of its own legendary past. The Poetic Edda is a collection of Old Norse poems primarily contained in the Icelandic mediaeval manuscript Codex Regius. The Poetic Edda is one of the largest source of information from Norse mythology, containing stories of Norse gods like Loki and Óðinn, creatures and mortal and Norse heroes. The Poetic Edda is a later manuscript dating from the second half of the 13th century, but containing older materials (hence its alternative title, the Elder Edda).