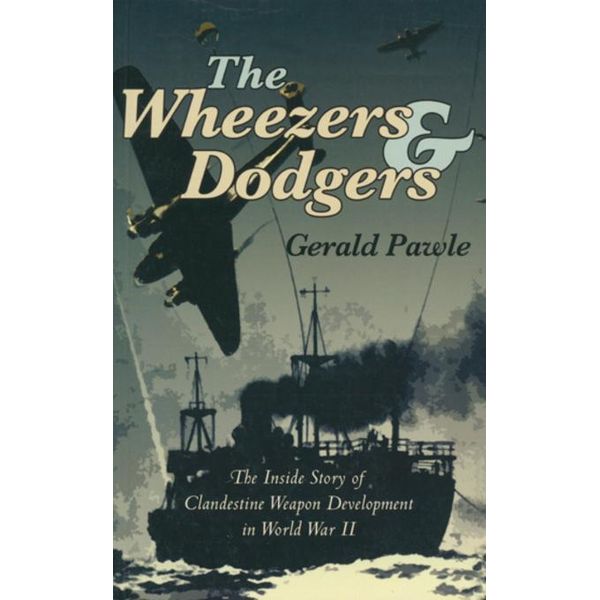 A rare look inside the Department of Miscellaneous Weapon Development, "a fascinating report on the trials—and some tribulations—of a clandestine world" (Kirkus Reviews). Previously published under the title The Secret War 1939-1945, this is a firsthand account of the Admiralty's Department of Miscellaneous Weapon Development, the so-called "Wheezers and Dodgers," and the many ingenious weapons and devices it invented, improved or perfected. Gerald Pawle was one of a group of officers with engineering or scientific backgrounds who were charged with the task of winning the struggle for scientific mastery between the Allies and the Germans in what Churchill enthusiastically called "the wizard war." Their work ranged from early stop-gap weapons like the steam-powered Holman projector, via great success stories like the Hedgehog anti-submarine mortar, to futuristic experiments with rockets, a minefield that could be sown in the sky, and the spectacularly dangerous Great Panjandrum, a giant explosive Catherine-wheel intended to storm enemy beaches. The development of these and many other extraordinary inventions, their triumphs and disasters, is told with panache and humor by Pawle, and a diverse group of highly imaginative and eccentric figures emerge from the pages.
DOWNLOAD
READ ONLINE