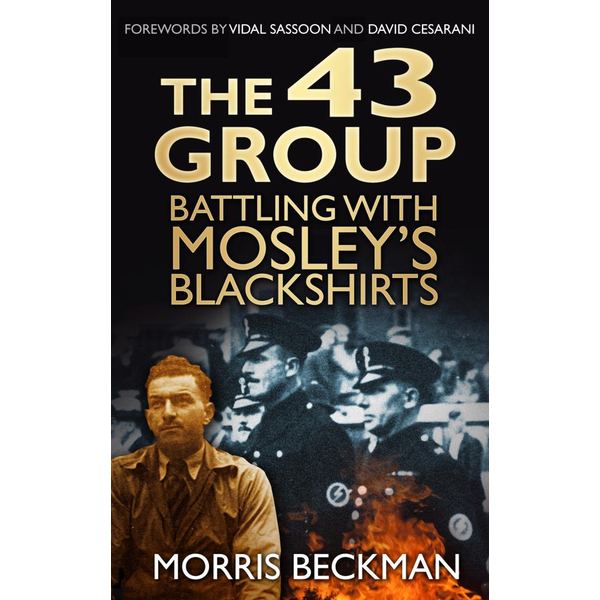 Oswald Mosley decided he could carry on where Hitler and Mussolini had left off. On street corners his fascist speakers would proclaim 'not enough Jews were burned at Belsen'. Enter the 43 Group. In a ferocious, bloody and brilliantly covert five-year campaign, they destroyed the Mosleyites. The membership of the Group was almost entirely made up of British servicemen, the original 43 members quickly swelling to more than 300 and including a Battle of Britain ace, a VC winner - and Vidal Sassoon! The Groups philosophy of the '3 D's' - Discuss, Decide and Do it - were quickly manifested on the streets of London, with thousands of fascist meetings and rallies sent packing. The Group was organised in 'wedges' of a dozen or so. These wedges would attend a BUF rally and at a given signal would storm the speaker's platform, attacking BUF stewards and speaker. The members' military background ensured tight discipline and brutally effective actions. This, combined with a number of spies within the fascist ranks, ensured the 43 Group almost always came out on top, closing down two-thirds of all fascist activity in the UK until its simultaneous demise with organised fascism in Britain in 1950. As capitalism falters, fascism is gathering strength in Europe today. This book is a timely reminder of how it gathers that strength - and one way of stopping it.
DOWNLOAD
READ ONLINE

Originally broadcast in 2008. The `43 Group Origins, aims, activities and legacy A PowerPoint Presentation made to the National Trust of Sri Lanka On September 29, 2016 by Rohan de Soysa transcribed into text format The Origins The `43 Group was the first modern art movement in Sri Lanka. It arose because a group of artists felt that the art being practiced and taught at the time was too academic and rigid; nor did it ... Tag Archives: The 43 Group 'Remembering the 43 Group' (Marcus Bennett, Tribune, Nov-Dec 2018) Posted on November 5, 2018 by @ndy.

Oswald Mosley decided he could carry on where Hitler and Mussolini had left off. On street corners his fascist speakers ... In April 1946, 43 Jewish ex-servicemen gathered at Maccabi House, a north London Jewish community center and sports club, and vowed to fight the rising fascist threat, even if it meant using violence.