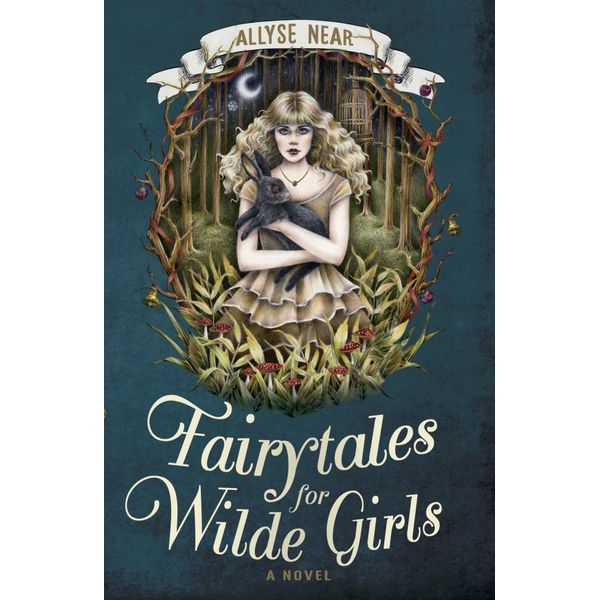 A deliciously dark bubblegum-gothic fairytale from a stunning new Australian talent. 'He's gone the same way as those little birds that bothered me with their awful songs! And you will too, you and your horrible heart-music, because you won't stay out of my woods!'There's a dead girl in a birdcage in the woods. That's not unusual. Isola Wilde sees a lot of things other people don't. But when the girl appears at Isola's window, her every word a threat, Isola needs help. Her real-life friends - Grape, James and new boy Edgar - make her forget for a while. And her brother-princes - magical creatures seemingly lifted from the pages of the French fairytales Isola idolises - will protect her with all the fierce love they possess. It may not be enough. Isola needs to uncover the truth behind the dead girl's demise . . . before the ghost steals Isola's last breath. 'Near's writing is clever and sharp, with just the right amount of reality and whimsy, blended with the dark fantasy of masters such as Gaiman and Angela Carter . . . It's a cobbled path leading deep into a forest, where the reader is never quite sure what each stone will bring. This is a brilliant debut that will appeal to both adult and young-adult fantasy lovers.' Books+Publishing
DOWNLOAD
READ ONLINE

Born in 1989, Allyse Near counts Neil Gaiman, Angela Carter, Francesca Lia Block and the Brothers Grimm among her biggest literary influences. She obtained a Bachelor of Arts from Deakin ... With this decadent Young Adult novel, described as a 'bubble-gum-gothic fairytale', Allyse Near pulls off a surprising magic trick, combining the dark... ― Allyse Near, quote from Fairytales for Wilde Girls "A memory: Isola as a toddler, sugarlump teeth, skin still smelling of milk.