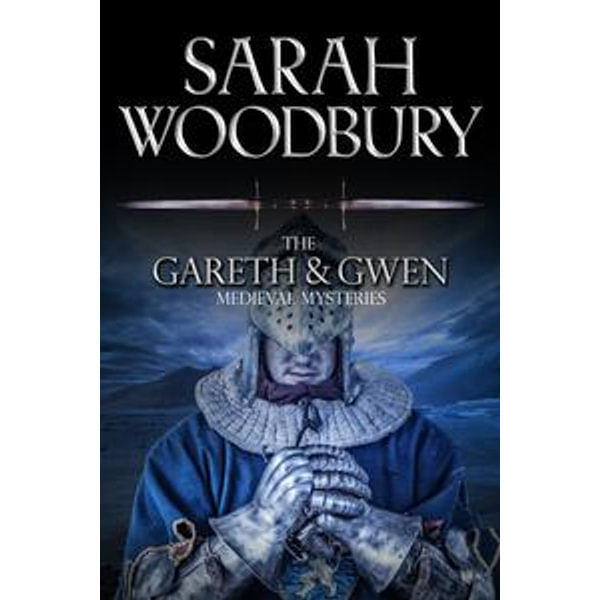 Join Gareth & Gwen in their first adventures together ... murder, intrigue, and romance in medieval Wales! The Good Knight: Five years after Gareth walked away from Gwen in disgrace, forbidden to offer marriage, she encounters him in the aftermath of an ambush, standing over the body of a murdered king. Although it isn't exactly the reunion she'd hoped for, by necessity the pair join forces against the treachery and intrigue rife within the court of Gwynedd. And once blame for the murder falls on Gareth himself, Gwen must continue her search for the truth alone, finding unlikely allies in foreign lands, and ultimately uncovering a conspiracy that will shake the political foundations of Wales. The Uninvited Guest: Gareth has returned from the south, and Gwen is overjoyed to find their bond as strong as ever, but all is not well in the court of Owain, King of north Wales. His future in-laws are untrustworthy, the Norman lords on his eastern border are restless, and among his wedding guests lurks a cold-blooded killer. Gareth and Gwen's wedding plans will have to wait while the pair race to separate truth from lies, friends from foes, and unravel the mystery before King Owain--and his new bride--fall victim to their uninvited guest. **The Bard's Daughter (**prequel novella): As a bard's daughter, Gwen has spent her life traveling from castle to castle and village to village with her family, following the music. In the winter of 1141, Gwen's family is contracted to provide the entertainment for the coming-of-age celebration of a lord's son. But before the celebration can begin, Gwen's father is found over the body of his friend, with a harp string as the murder weapon and blood on his hands. With the lord of the castle uninterested in finding the true killer, it is up to Gwen to clear her father's name before her father's music is silenced ... forever. The Fourth Horseman: May 1144. Newly wedded, Gareth and Gwen travel across the border into England on a diplomatic mission with Prince Hywel of Wales. Within moments of their arrival, however, the mission goes awry and a murder case drops (literally) at their feet. Hindered at every turn by a climate of civil war and constantly shifting political alliances, Gareth and Gwen race to solve the murder and expose a plot that threatens not only their lives, but the life of the future King of England himself. Murder, intrigue, and treachery take center stage in The Fourth Horseman, the third Gareth & Gwen Medieval Mystery. Complete Series reading order*: The Good Knight, The Uninvited Guest, The Fourth Horseman, The Fallen Princess, The Unlikely Spy, The Lost Brother, The Renegade Merchant, The Unexpected Ally, The Worthy Soldier, The Favored Son, The Viking Prince, The Irish Bride.* Also The Bard's Daughter (prequel novella). Keywords: Wales, medieval mystery, medieval mysteries, amateur sleuth, private detective, middle ages
DOWNLOAD
READ ONLINE

Thanks for Sharing! You submitted the following rating and review. We'll publish them on our site once we've reviewed them.