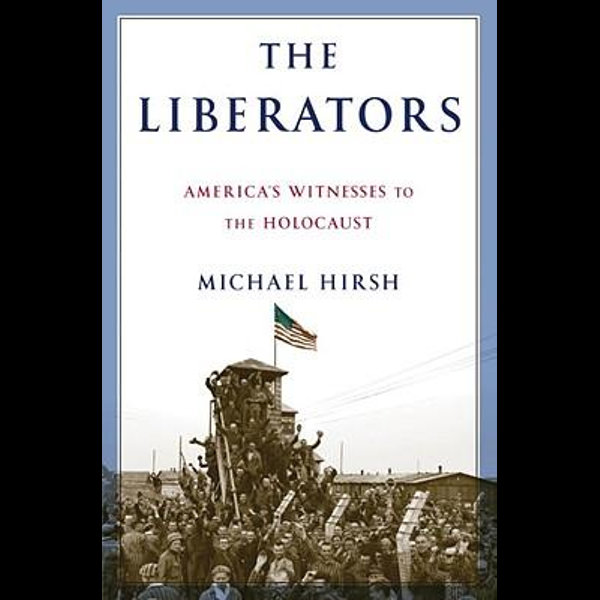 At last, the everyday fighting men who were the first Americans to know the full and horrifying truth about the Holocaust share their astonishing stories. Rich with powerful never-before-published details from the author's interviews with more than 150 U.S. soldiers who liberated the Nazi death camps, The Liberators is an essential addition to the literature of World War II—and a stirring testament to Allied courage in the face of inconceivable atrocities. Taking us from the beginnings of the liberators' final march across Germany to V-E Day and beyond, Michael Hirsh allows us to walk in their footsteps, experiencing the journey as they themselves experienced it. But this book is more than just an in-depth account of the liberation. It reveals how profoundly these young men were affected by what they saw—the unbelievable horror and pathos they felt upon seeing "stacks of bodies like cordwood" and "skeletonlike survivors" in camp after camp. That life-altering experience has stayed with them to this very day. It's been well over half a century since the end of World War II, and they still haven't forgotten what the camps looked like, how they smelled, what the inmates looked like, and how it made them feel. Many of the liberators suffer from what's now called post-traumatic stress disorder and still experience Holocaust-related nightmares. Here we meet the brave souls who—now in their eighties and nineties—have chosen at last to share their stories. Corporal Forrest Robinson saw masses of dead bodies at Nordhausen and was so horrified that he lost his memory for the next two weeks. Melvin Waters, a 4-F volunteer civilian ambulance driver, recalls that a woman at Bergen-Belsen "fought us like a cat because she thought we were taking her to the crematory." Private Don Timmer used his high school German to interpret for General Dwight Eisenhower during the supreme Allied commander's visit to Ohrdruf, the first camp liberated by the Americans. And Phyllis Lamont Law, an army nurse at Mauthausen-Gusen, recalls the shock and, ultimately, "the hope" that "you can save a few." From Bergen-Belsen in northern Germany to Mauthausen in Austria, The Liberators offers readers an intense and unforgettable look at the Nazi death machine through the eyes of the men and women who were our country's witnesses to the Holocaust. The liberators' recollections are historically important, vivid, riveting, heartbreaking, and, on rare occasions, joyous and uplifting. This book is their opportunity, perhaps for the last time, to tell the world.
DOWNLOAD
READ ONLINE

He enjoys writing, reading and walking. A true detective story, "The Liberators" follows a dogged German art detective through the New York art world and military archives to the unlikeliest of destinations: a small town on the Texas prairie. On July 10, 1943, a unit from Oklahoma composed of Native Americans, Mexican Americans and Dust Bowl cowboys, most of whom couldn't drink together in the same bars back home, landed in Sicily and endured a brutal 500 day trek through Nazi-occupied Europe. This is the story of those men, a group of soldiers known as the Thunderbirds. The Liberators // Born Free World Eye Contact Experiment is happening on 21st of September 2019 Our dear friends Bhudda Theatre are uniting the entire world in eye contact and we'd love for you to be a part of it! View this video to get all the information about how to join the world together as one! Who Are The Liberators International? We are a global family of people ready to actively be a part of the change we'd like to see in this world.

Listen. The Black Mind: A Compass to Enlightenment and Success.