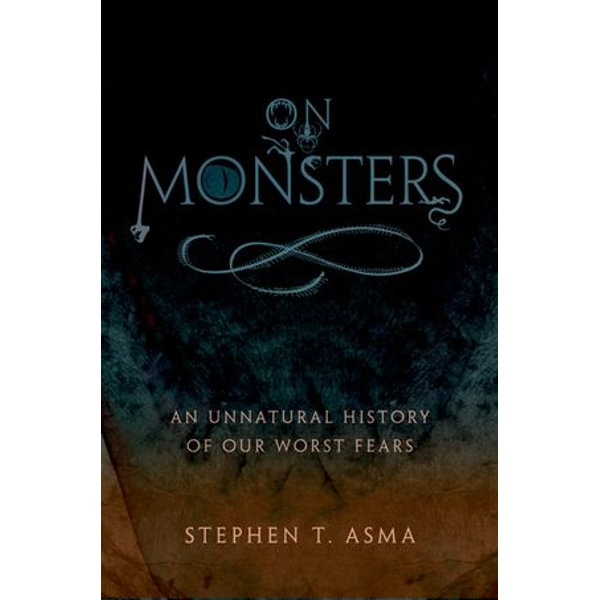 Monsters. Real or imagined, literal or metaphorical, they have exerted a dread fascination on the human mind for many centuries. They attract and repel us, intrigue and terrify us, and in the process reveal something deeply important about the darker recesses of our collective psyche. Stephen Asma's On Monsters is a wide-ranging cultural and conceptual history of monsters--how they have evolved over time, what functions they have served for us, and what shapes they are likely to take in the future. Asma begins with a letter from Alexander the Great in 326 B.C. detailing an encounter in India with an "enormous beast--larger than an elephantthree ominous horns on its forehead." From there the monsters come fast and furious--Behemoth and Leviathan, Gog and Magog, the leopard-bear-lion beast of Revelation, Satan and his demons, Grendel and Frankenstein, circus freaks and headless children, right up to the serial killers and terrorists of today and the post-human cyborgs of tomorrow. Monsters embody our deepest anxieties and vulnerabilities, Asma argues, but they also symbolize the mysterious and incoherent territory just beyond the safe enclosures of rational thought. Exploring philosophical treatises, theological tracts, newspapers, pamphlets, films, scientific notebooks, and novels, Asma unpacks traditional monster stories for the clues they offer about the inner logic of an era's fears and fascinations. In doing so, he illuminates the many ways monsters have become repositories for those human qualities that must be repudiated, externalized, and defeated.Asma suggests that how we handle monsters reflects how we handle uncertainty, ambiguity, insecurity. And in a world that is daily becoming less secure and more ambiguous, he shows how we might learn to better live with monsters--and thereby avoid becoming one.
DOWNLOAD
READ ONLINE

Feed your monsters; train them for battle against opponents all over the world. Crossbreed to get new, rare, exotic, legendary monsters.

The Super Monsters welcome a nervous new ... Hailed as a feast (Washington Post) and a modern-day bestiary (The New Yorker), Stephen Asma's On Monsters is a wide-ranging cultural and conceptual history of monsters--how they have evolved over time, what functions they have served for us, and what shapes they are likely to take in the future. The Monster Employment Index is a broad and comprehensive monthly analysis of online job posting activity conducted by Monster India. Learn More.

Domes of Fire (The Tamuli Trilogy, Book 1)The Astonishing Colour of AfterThe AccidentHypothyroidism Natural TreatmentThe Challenger SaleBehind Closed DoorsThe Family-Friendly Keto Instant Pot CookbookMoonlight in the MorningMistakes were made (but not by me)The Relentless Courage of a Scared Child