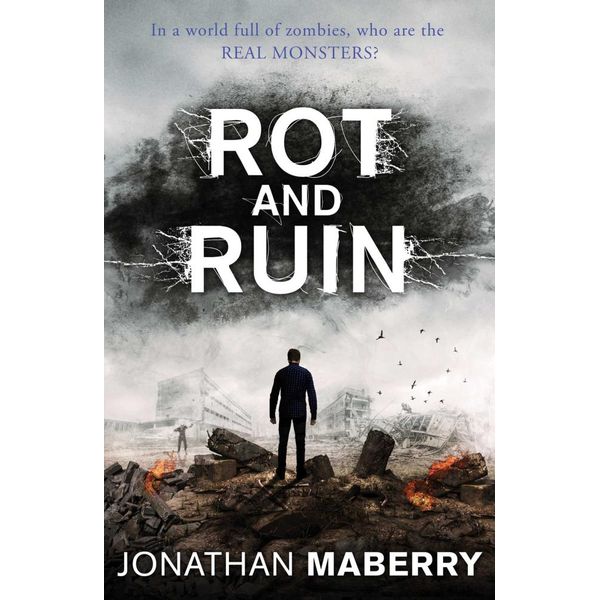 The Catcher in the Rye meets The Walking Dead in this gripping, postapocalyptic teen thriller from award-winning author Jonathan Maberry. In a world full of zombies, who are the REAL MONSTERS?Nearly fourteen years ago, a freak virus swept across the world - turning those infected into the undead. Benny Imura has grown-up never knowing anything different; his last memory of his parents was of them becoming zombies. Now Benny is fifteen, and joining his brother Tom in the 'family business' of zombie killing. Benny and Tom head into the Rot and Ruin, an area full of the wandering undead, and Benny realises that being a bounty hunter isn't just about whacking zombies. Benny finds his beliefs challenged - and discovers that sometimes the worst monsters you can imagine aren't the zombies, after all…'This is anything but another zombie novel... exciting, full of action, and curiously thoughtful' Charlaine Harris, author of the True Blood series 'A thought-provoking thriller that still delivers a good dose of action and gore' The Bookseller'Highly recommended' The Bookbag.co.uk '…thoughtful, postapocalyptic coming-of-age tale…In turns mythic and down-to-earth, this intense novel combines adventure and philosophy to tell a truly memorable zombie story...' Publishers Weekly, Starred ReviewAlso by Jonathan Maberry:Dust and Decay Dead and GoneFlesh and Bone Fire and Ash
DOWNLOAD
READ ONLINE

Want to Read. When Benny grudgingly joins his annoying older brother Tom as an apprentice zombie hunter, he soon discovers that almost everything he believed about his sheltered life is wrong--and zombies aren't the greatest thing to fear in the Rot & Ruin. Based on the novel Rot & Ruin by Jonathan Maberry. PUBLISHERS WEEKLY 27 SEP 2010.