My Cousin the Saint 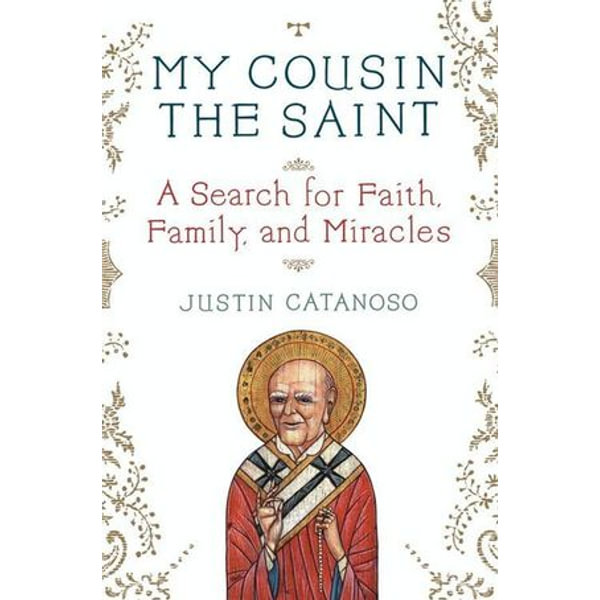 An inspiring story of faith and family across two continentsLike millions of other Italians in the early twentieth century, Justin Catanoso's grandfather immigrated to America to escape poverty and hardship. Nearly a hundred years later, Justin, born and raised in New Jersey, knows little of his family beyond the Garden State. That changes in 2001 when he discovers that his grandfather's cousin, Padre Gaetano Catanoso, is a Vatican-certified miracle worker. After a life of serving the poor and founding an order of nuns, Gaetano had been approved by Pope John Paul II to become a saint, the first priest from Calabria ever to be canonized. A typically lapsed American Catholic, Justin embarks on a quest to connect with his extended family in southern Italy and, ultimately, to awaken his slumbering faith. My Cousin the Saint charts the parallel history of two relatives—Justin's grandfather, Carmelo, and his sainted cousin, Gaetano. While Carmelo leaves his homeland to pursue New World prosperity, Gaetano stays behind to relieve Old World misery. Justin reunites the two halves of a sundered family by both exploring the life of the saint in Calabria and uncovering the untold story of his grandfather's family, raised in New Jersey between two world wars. Justin confronts his own tenuous spiritual moorings in the process. After meeting with Vatican officials in Rome, he is astonished by the complexity of saint-making. After hearing one miracle story after another, he struggles with the line between the mystical and the divine. After seeing his brother fall ill with terminal cancer, he questions the value of prayer. And after reveling in the charm and generosity of his newfound Italian relatives, he comes to learn what it means to have a saint in the family.A compelling narrative written with grace and honesty, My Cousin the Saint is a testament to the challenge of being Catholic in twenty-first-century America. More than a biography, more than an immigrant memoir, more than a chronicle of renewed faith, it is a love letter to a family now reunited across oceans and years.
DOWNLOAD
READ ONLINE

16-page b&w photo insert. Free delivery on online orders of $119.99 or more anywhere in Australia A compelling narrative written with grace and honesty, My Cousin the Saint is a testament to the challenge of being Catholic in twenty-first-century America.