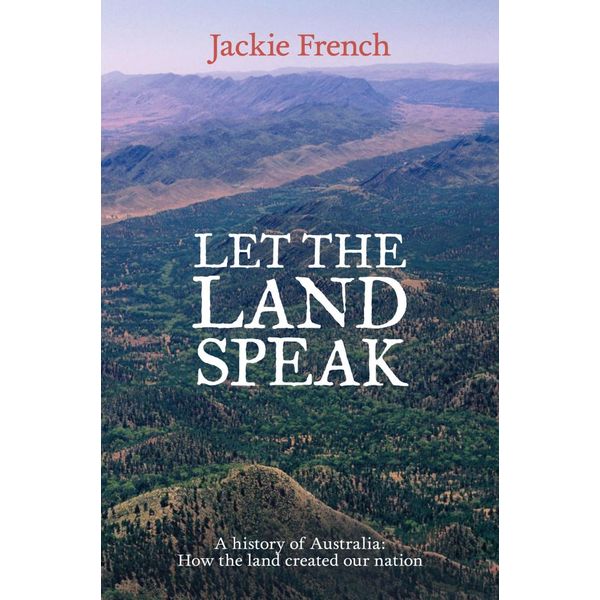 To understand the present, you need to understand the past. To understand Australia's history, you need to look at how the land has shaped not just our past, but will continue to shape our future. From highly respected, award-winning author Jackie French comes a new and fascinating interpretation of Australian history, focusing on how the land itself, rather than social forces, shaped the major events that led to modern Australia. Our history is mostly written by those who live, work and research in cities, but it's the land itself which has shaped our history far more powerfully and significantly than we realise. Reinterpreting the history we think we all know - from the indigenous women who shaped the land, from Terra Incognita to Eureka, from Federation to Gallipoli and beyond, Jackie French shows us that to understand our history, we need to understand our land. Taking us behind history and the accepted version of events, she also shows us that there's so much we don't understand about our history because we simply don't understand the way life was lived at the time. Eye-opening, refreshing, completely fascinating and unforgettable, Let the Land Speak will transform the way we understand the role and influence of the land and how it has shaped our nation.About the AuthorJackie French is a full-time writer who lives near Braidwood in the Araluen Valley, NSW. In 2000, Hitler’s Daughter was awarded the CBC Younger Readers’ Award. To the Moon and Back won the Eve Pownall Award in 2005. Macbeth and Son, and Josephine Wants to Dance were both shortlisted for the 2007 CBC Awards.
DOWNLOAD
READ ONLINE

It is about one woman's journey, from her oyster-shucking days in Darling Harbour as a child, fossicking along the rocks to find the abundant food available, just as it was when the First Fleet arrived, to the many hours she has spent with Aboriginal women in her later adulthood—women who have passed on innate knowledge and land-connection from ... Available in: Paperback. From one of our most respected and award - winning authors, Jackie French, comes a fascinating and fresh interpretation of Australian history, focusing on how the land itself, rather than social forces, has shaped the major events... Special guest on the program is writer Jackie French to talk about her book "Let the land speak".