The Road to Gundagai 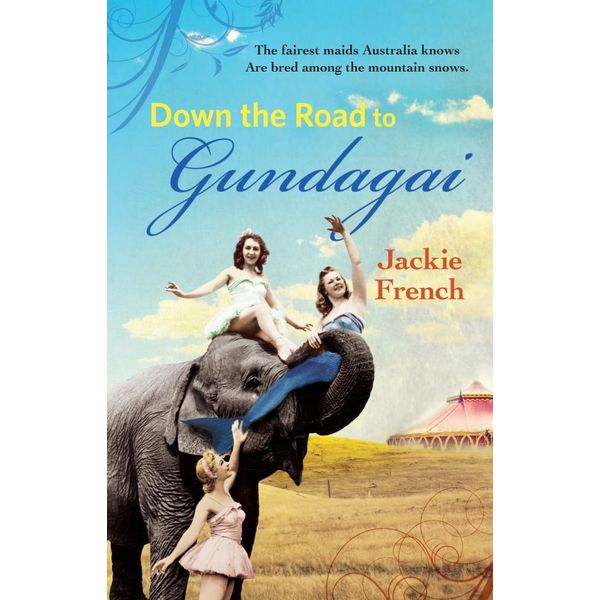 Blue Laurence has escaped the prison of her aunt's mansion to join The Magnifico Family Circus, a travelling troupe that brings glamour and laughter to country towns gripped by the Depression. Blue hides her crippled legs and scars behind the sparkle of a mermaid's costume; but she's not the only member of the circus hiding a dark secret. The unquenchable Madame Zlosky creates as well as foresees futures. The bearded lady is a young man with laughing eyes. A headless skeleton dangles in the House of Horrors. And somewhere a murderer is waiting ... to strike again. This third book in the Waltz for Matilda saga is set in 1932, at the height of the Depression. Miss Matilda is still running Drinkwater Station, but has put aside her own tragedy to help those suffering in tough economic times and Joey, from The Girl from Snowy River, uses his new medical skills to solve a mystery.About the AuthorJackie French is a full-time writer who lives near Braidwood in the Araluen Valley, NSW. In 2000, Hitler’s Daughter was awarded the CBC Younger Readers’ Award. To the Moon and Back won the Eve Pownall Award in 2005. Macbeth and Son, and Josephine Wants to Dance were both shortlisted for the 2007 CBC Awards. in 2013 her book Pennies for Hitler won the Young People’s History Prize in the 2013 NSW Premier’s History Awards
DOWNLOAD
READ ONLINE

This clip features the lesser known opening verse of the song. Summary by Martin Ford This 1931 version of 'Along the Road to Gundagai', composed by Jack O'Hagan in 1921, is performed by popular singer of the day Peter Dawson.