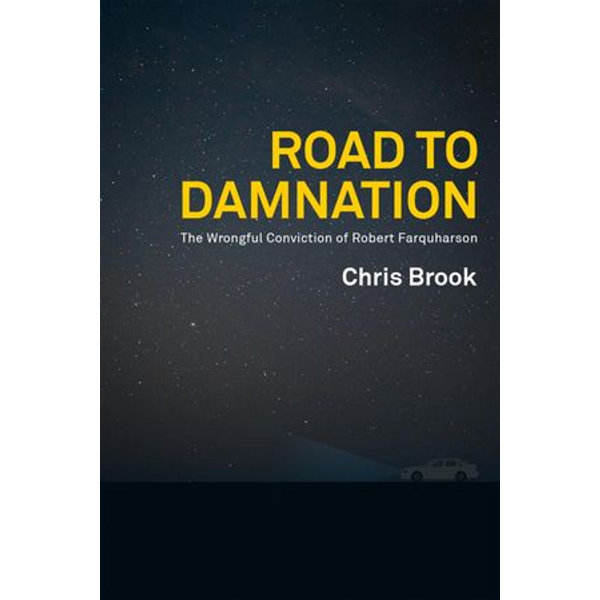 On Father's Day of 2005, Robert Farquharson was driving his three sons Jai, Tyler and Bailey aged 10, 7 and 2 years, to their mother´s house. His car ran off the road and into a dam. Whilst Farquharson survived, the three boys went down with the car and drowned. Murder!, they said. How could anyone be that evil?, they asked. Farquharson was tried and convicted of murdering his three sons, but won an appeal. He was again tried and again convicted. He has spent more than a decade in protective custody of maximum security prison, unsuitable for mixing with the unforgiving general prison population. The case is engrained in the Australian psyche and Farquharson is placed along side the worst of the worst of Australian criminals. Road to Damnation takes a fresh look at the evidence used to convict Farquharson. Through the eyes of a scientist, flaws are systematically uncovered, not only flaws in the case against Farquharson, but in the criminal justice system that convicted him. Could Farquharson be innocent? After all that has been said about him? All that has been done to him? Is Robert Farquharson the embodiment of evil? Or the victim of one of Australia's worst miscarriages of justice? Reveals a shattering injustice through sober, scientifically rigorous and unassailable analysis of all the evidence Andrew L. Urban, author Murder by the Prosecution Your book is compelling Alex Lavelle, the Age I've been completely enthralled by it Ian Walker, ABC
DOWNLOAD
READ ONLINE

Although "Road to Damnation" was the title of the story, the title of the book was simply Ghost Rider when it was first ... Road to Damnation takes a fresh look at the largely circumstantial evidence used to convict Farquharson. Through the eyes of a scientist, flaws are systematically uncovered, not only flaws in the case against Robert Farquason, but in the criminal justice system that convicted him.