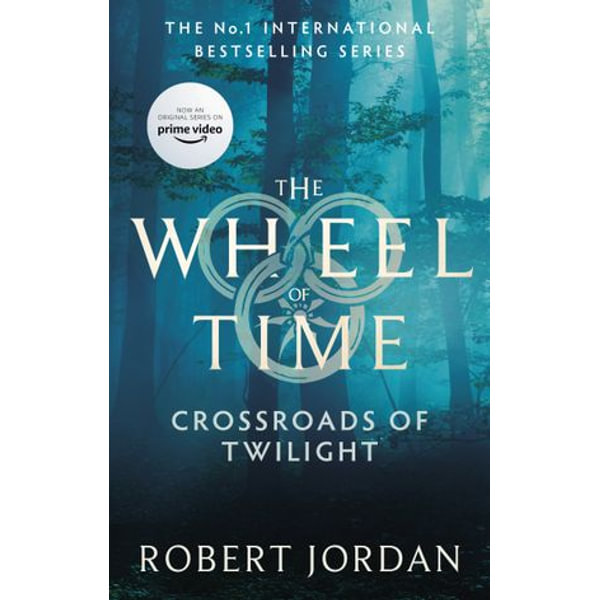 Soon to be a major Prime TV series The tenth novel in the Wheel of Time series - one of the most influential and popular fantasy epics ever published. Fleeing from Ebou Dar with the kidnapped Daughter of the Nine Moons, Mat Cauthon learns that he can neither keep her nor let her go, for both the Shadow and the might of the Seanchan empire are now in deadly pursuit. At Tar Valon, Egwene al'Vere lays siege to the White Tower. She must win quickly, with as little bloodshed as possible, for unless the Aes Sedai are reunited only the male Asha'man will remain to defend the world against the Dark One. Meanwhile, Rand al'Thor must gamble again, with himself at stake - not knowing which of his allies are really enemies. 'Epic in every sense' Sunday Times 'With the Wheel of Time, Jordan has come to dominate the world that Tolkien began to reveal' New York Times '[The] huge ambitious Wheel of Time series helped redefine the genre' George R. R. Martin 'A fantasy phenomenon' SFX The Wheel of Time The Eye of the World The Great Hunt The Dragon Reborn The Shadow Rising The Fires of Heaven Lord of Chaos A Crown of Swords The Path of Daggers Winter's Heart Crossroads of Twilight Knife of Dreams The Gathering Storm Towers of Midnight A Memory of Light New Spring (prequel) The Wheel of Time Companion
DOWNLOAD
READ ONLINE

RRP $52.99 × Learn more Available on orders $80 to ... Crossroads of Twilight isn't a terrible book, but so far in the series I would definitely rate it as the worst and most dull one. It actually doesn't start off too badly, the first 300 or so pages are decent, but as the other reviews say, there's little plot progression (although the author does make it clear some events of this book happen alongside the events of the previous book rather than ... Crossroads of Twilight.