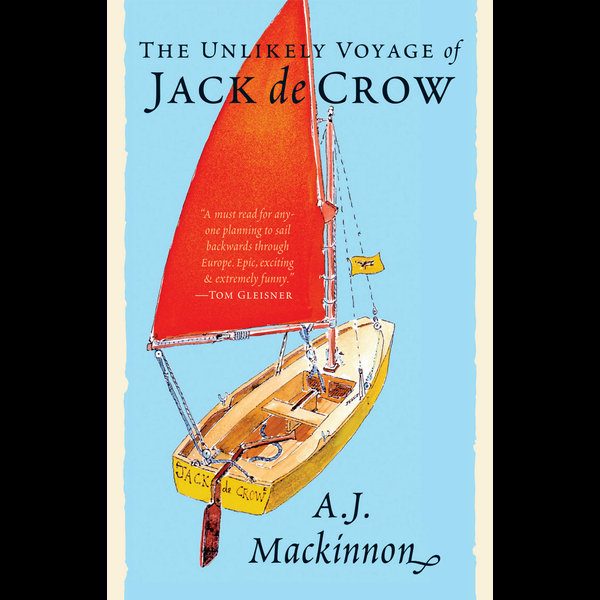 A couple of quiet weeks sailing the River Severn was the intention. Somehow things got out of hand - a year later I had reached Romania and was still going ...Truly hilarious books are rare. Even rarer are those based on real events. Join A.J. Mackinnon, your charming and eccentric guide, on an amazing voyage in a boat called Jack de Crow.Equipped with his cheerful optimism and a pith helmet, this Australian Odysseus in a dinghy travels from the borders of North Wales to the Black Sea - 4,900 kilometres over salt and fresh water, under sail, at the oars, or at the end of a tow-rope - through twelve countries, 282 locks and numerous trials and adventures, including an encounter with Balkan pirates. Along the way he experiences the kindness of strangers, gets very lost, and perfects the art of slow travel."a great travel writer and more importantly a great traveller"-The Sydney Morning Herald"not just an adventurer, but an artist, philosopher and keen observer of the world around him"-The Canberra Times"Mackinnon's journey makes a lovely picaresque tale, one dotted with English literary references and wonderful descriptions of the English and European countryside"- Good Reading"a marvellous adventure, and Mackinnon recounts it with humour and unflagging enthusiasm ... a clever and entirely engaging read"-The Melbourne Times"a wonderful idea for a book - a series of ever bolder improvisations ... undertaken in praise of the spirit of adventure"-Times Literary SupplementA. J. (Sandy) Mackinnon was born in Australia in 1963 and spent his childhood between England and Australia, travelling with his family on the last P&O liners to sail between the two countries. His interests include painting, philosophy, writing, conjuring and home-made fireworks. He is currently a teacher of English, Drama, Mathematics and Philosophy in the Victorian High Country. He is the author of The Unlikely Voyage of Jack de Crow and The Well at the World's End.
DOWNLOAD
READ ONLINE