Contest for the Indo-Pacific 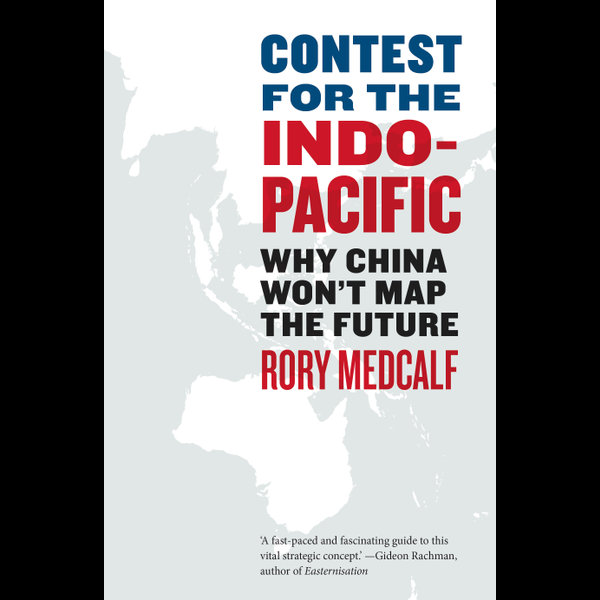 What we call a part of the world - Asia, Europe, the Middle East - seems innocuous. But the name of a region is totemic: a mental map that guides the decisions of leaders and the story of international order, war and peace. In recent years, the label 'Indo-Pacific' has suddenly gained wide use, including among the leaders of the United States, India, Japan, Australia, Indonesia, France and others. But what does it really mean?The Indo-Pacific is both a place and an idea. It is the region central to global prosperity and security. It is also a metaphor for collective action. If diplomacy fails, it will be the theatre of the first general war since 1945. But if its future can be secured, the Indo-Pacific will flourish as a shared space, the centre of gravity in a connected world.Written by a recognised expert and regional policy insider, Contest for the Indo-Pacific is the definitive guide to tensions in the region. It weaves together history, geopolitics, cartography, military strategy, economics, games and propaganda to address a vital question: how can China's dominance be prevented without war?'Rory Medcalf helped to pioneer the concept that Asia's emerging geopolitical order would best be understood as a fusing of the Indian and Pacific Oceans into a new Indo-Pacific framework. With this book he explains the rich tapestry of emerging regional dynamics and the evolution of a geopolitical concept that has been embraced by maritime Japan, India, Australia and the United States but contested by continental China. Medcalf makes a compelling case that the competition to define "Asia" is about more than just a name - it is about ideas, alignment and power. This is a competition that cannot be avoided but one that could bend the arc of history towards an open, inclusive and rules-based equilibrium among the major powers if successfully waged. Medcalf's book is essential reading for any scholar or practitioner seeking to understand the geopolitics of a region that will define all our futures.' -Michael J. Green, Center for Strategic and International Studies and Georgetown University, author of By More Than Providence and Arming Japan'The Indo-Pacific is an idea whose time has come. Rory Medcalf has been crucial to both defining and promoting the idea of an Indo-Pacific region - and has now written a fast-paced and fascinating guide to this vital strategic concept.' -Gideon Rachman, author of Easternisation and Zero-Sum Future'Rory Medcalf gives us a fast-paced ride around the world's newest, and most important, strategic arena. He has done more than anyone to introduce the world to the idea of the Indo-Pacific and this book is a convincing manifesto for a new vision of connectedness. This is the world with all the difficult bits left in.' -Bill Hayton, author of The South China Sea: The Struggle for Power in Asia, and Associate Fellow, Chatham House'This engaging mental map of the Indo-Pacific and its regional origins is a rare security studies book that treats economics and ideational elements as integral to the challenge China poses for front-line states like Australia. All of us struggling to understand great power competition need to become ambidextrous if we are to develop policies to cope with a rising - or a collapsing - China, and learning from Rory Medcalf's Contest for the Indo-Pacific is a great place to start.' -Kori Schake, Deputy Director-General, International Institute for Strategic Studies
DOWNLOAD
READ ONLINE

After registering, on May 25 you will receive a follow-up confirmation email containing further details on how to join the webinar, which will commence at 6pm AEST (Brisbane, Melbourne, Sydney, Canberra time, UTC+10). (If you believe you have not received an ... T1 - China, India and the contest for the Indo-Pacific.