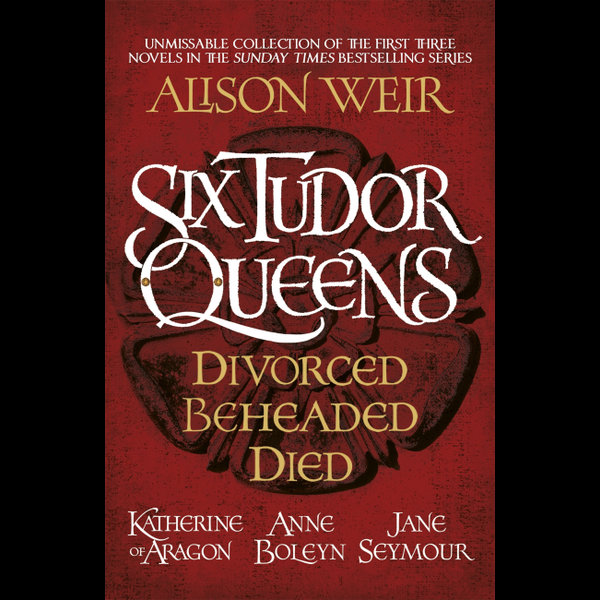 'This six-book series looks likely to become a landmark in historical fiction' The Times Available together for the first time,the first three unmissable SIX TUDOR QUEENS novels from the Sunday Times bestselling series by acclaimed author and eminent historian Alison Weir. The lives of Henry VIII's queens make for compelling and dramatic tales. They each married the same man, but Katherine, Anne and Jane were as intimately connected to each other as to the King... Walk in the footsteps of the most infamous queens in history as their extraordinary stories weave together and play out in glittering palaces, birth chambers, gilded prisons - even on the scaffold itself. --- 'Shatters the many myths about Henry VIII's long-suffering first wife' Tracy Borman on Katherine of Aragon, the True Queen 'A triumph of fine detail and research... offers a complex depiction of an endlessly fascinating woman' Elizabeth Fremantle on Anne Boleyn, a King's Obsession 'This brilliant book is a bombshell! Jane Seymour the shy mouse type? Think again!' Kate Williams on Jane Seymour, the Haunted Queen --- KATHERINE OF ARAGON, the True Queen. ANNE BOLEYN, the King's Obsession. JANE SEYMOUR**, the Haunted Queen.** --- SIX TUDOR QUEENS - Praise for Alison Weir: 'Alison Weir makes history come alive as no one else' Barbara Erskine 'Weir is excellent on the little details that bring a world to life' Guardian
DOWNLOAD
READ ONLINE

Some might say I ruined their lives. Catherine of Aragon was one She failed to give me a son.