Medicine in the Middle Ages 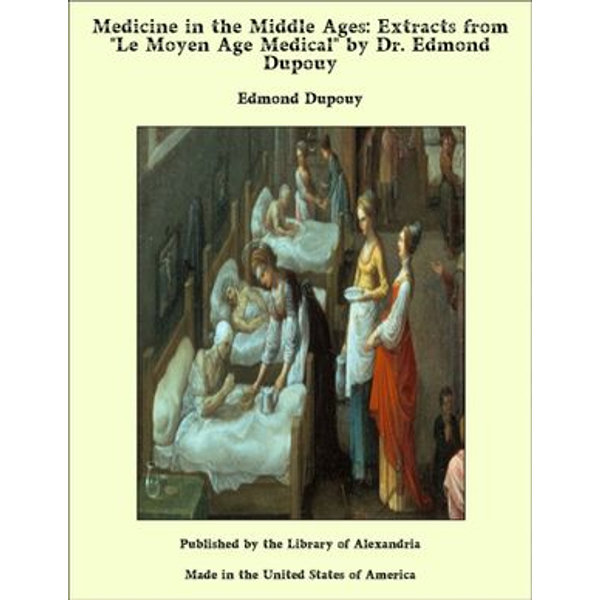 In the fourth century of the Christian era Roman civilization expired; Western Europe was invaded by the barbarians; letters and science sought a last refuge at Alexandria; the Middle Age commenced. Greek medicine strove to survive the revolution in the city of the Ptolemies, and even produced a few celebrated physicians, i.e., Alexander Ætius, Alexander Trallian, and Paulus Ægineta, but at the end of the seventh century the school of Alexandria also fell and disappeared in the clouds of a false philosophy, bequeathing all Hippocratic traditions to the Arabs, who advanced as conquerors to the Occident. The Arabian schools of Dschondisabur, Bagdad, Damascus, and Cordova were founded and became flourishing institutions of learning, thanks to a few Nestorian Greeks and Jews who were attracted to these centers of learning; such men as Aaron, Rhazes, Haly-Abas, Avicenna, Avenzoar, Averrhoes, Albucasis, and other writers, who continued the work left by the Greeks, leaving remarkable books on medicine and surgery. Unfortunately the ordinance of Islamism prevented these scientists from following anatomical work too closely, and consequently limited the progress they might otherwise have made in medicine. What occurred in Western Europe during this period of transition? The torch of science was extinguished; the sacred fire on the altar of learning only remained a flickering emblem whose pale light was carefully guarded in the chapel of monasteries. Medicine was abandoned to the priests, and all practice naturally fell into an empirical and blind routine. "The physician-clergy," says Sprengel, "resorted in the majority of cases to prayers and holy water, to the invocations of saints and martyrs, and inunction with sacred ointments. These monks were unworthy of the name of doctor—they were, in fact, nothing else than fanatical hospital attendants." An ephemeral ray of light broke from the clouds in the renaissance of 805, when Charlemagne ordered the cathedral schools to add medicine to their studies as a part of the quadrivium. Some of the monks now commenced to study the works of Celsus and C?lius Aurelianus, but, ever as with the Mussulmen, the Catholic religion forbade the dissection of the human body, and the monks made no more progress than the barbarians; so that the masses of the people had little or no confidence in clerical medical skill. We find the proof of a lack of confidence in the Gothic laws promulgated by Theodoric about this period—laws kept even into the eleventh century in the greater portion of Western Europe. These ordinances, among other things, proclaim as follows: "No physician must open a vein of a woman or a daughter of the nobility without being assisted by a relative or body-servant;quia difficillium non est, ut sub tali occasione ludibrium interdum adhaerescat." (Their morality was then a subject for caution.) "When a physician is called to dress a wound or treat a disease, he must take the precaution to settle on his fee, for he cannotclaim any in case the patient's life is endangered.
DOWNLOAD
READ ONLINE

Credit: Nova Medical School. During the Middle Ages, cataract surgery was performed with a thick needle. The procedure involved pushing the cornea to the back of the eye.

Hippocrates assigned as the "father of medicine", he desciber that body as made up of four elements, which were yellow bile, phlegm, black bile, and blood, then controled by four elements (e.g. fire, water, earth, and air). The Middle Ages was a time of constant warfare, so surgeons got lots of practice and: realised that wine was a mild antiseptic developed a range of painkillers, including opium Medieval surgeons... Medieval Medicine Why didn't much change in the Middle Ages? It was because Medieval people were stupid.