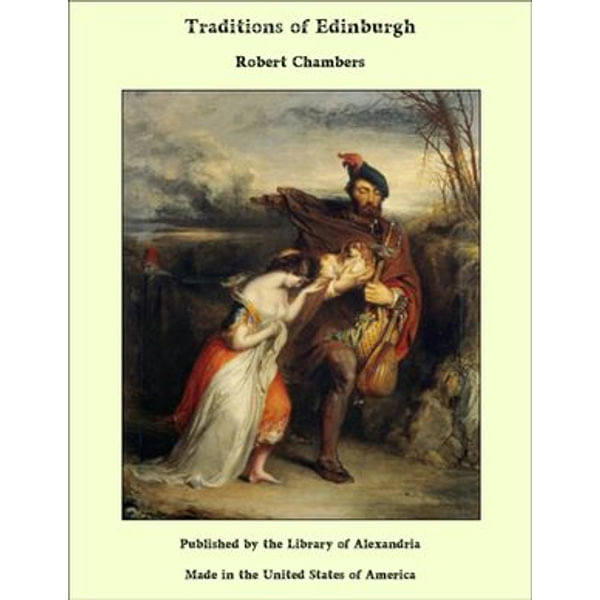 Edinburgh was, at the beginning of George III.'s reign, a picturesque, odorous, inconvenient, old-fashioned town, of about seventy thousand inhabitants. It had no court, no factories, no commerce; but there was a nest of lawyers in it, attending upon the Court of Session; and a considerable number of the Scotch gentry—one of whom then passed as rich with a thousand a year—gave it the benefit of their presence during the winter. Thus the town had lived for some ages, during which political discontent and division had kept the country poor. A stranger approaching the city, seeing it piled 'close and massy, deep and high'—a series of towers, rising from a palace on the plain to a castle in the air—would have thought it a truly romantic place; and the impression would not have subsided much on a near inspection, when he would have found himself admitted by a fortified gate through an ancient wall, still kept in repair. Even on entering the one old street of which the city chiefly consisted, he would have seen much to admire—houses of substantial architecture and lofty proportions, mingled with more lowly, but also more arresting wooden fabrics; a huge and irregular, but venerable Gothic church, surmounted by an aërial crown of masonry; finally, an esplanade towards the Castle, from which he could have looked abroad upon half a score of counties, upon firth and fell, yea, even to the blue Grampians. Everywhere he would have seen symptoms of denseness of population; the open street a universal market; a pell-mell of people everywhere. The eye would have been, upon the whole, gratified, whatever might be the effect of the clangor strepitusque upon the ear, or whatever might have been the private meditations of the nose. It would have only been on coming to close quarters, or to quarters at all, that our stranger would have begun to think of serious drawbacks from the first impression. For an inn, he would have had the White Horse, in a close in the Canongate; or the White Hart, a house which now appears like a carrier's inn, in the Grassmarket. Or, had he betaken himself to a private lodging, which he would have probably done under the conduct of a ragged varlet, speaking more of his native Gaelic than English, he would have had to ascend four or five stories of a common stair, into the narrow chambers of some Mrs Balgray or Luckie Fergusson, where a closet-bed in the sitting-room would have been displayed as the most comfortable place in the world; and he would have had, for amusement, a choice between an extensive view of house-tops from the window and the study of a series of prints of the four seasons, a sampler, and a portrait of the Marquis of Granby, upon the wall.
DOWNLOAD
READ ONLINE

Traditions of Edinburgh Robert Chambers. This work has been selected by scholars as being culturally important, and is part of the knowledge base of civilization as we know it.

This work was reproduced from the original artifact, and remains ... Buy Traditions of Edinburgh by Robert Chambers for $58.99 at Mighty Ape Australia. This is a reproduction of a book published before 1923.