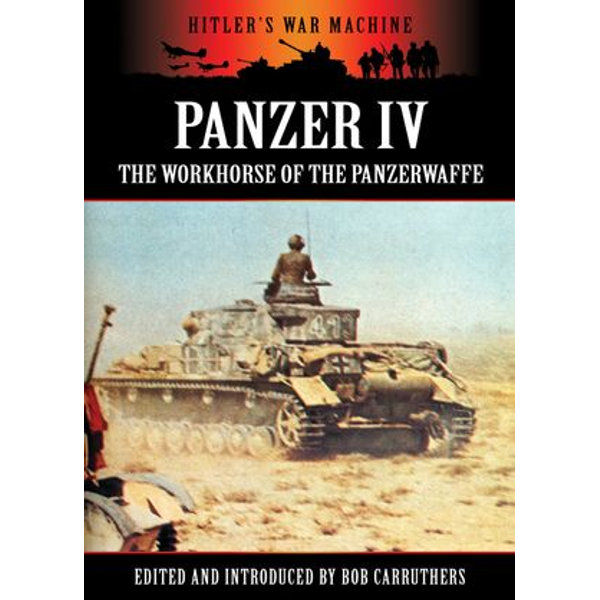 The Panzer IV was the only German tank to stay in production throughout the war. It was the backbone of the Panzer force and was deployed on every front. Due to its efficient armament, robust armour and outstanding reliability, it was preferred by crews over the Panther, Tiger and King Tiger. This comprehensive overview of the Panzer IV in action was compiled by Emmy Award winning historian Bob Carruthers. It draws heavily on war-time intelligence reports to produce a fascinating insight into the development and combat history of the Panzer IV at the tactical and operational level.Also featured are rare photographs and illustrations which provide an absorbing study, from an array of primary sources, of the world of the Panzer IV and its crews, which conveys to the modern reader a vivid sense of how they were viewed at the time.This book is part of the 'Hitler's War Machine' series, a new military history range compiled and edited by Emmy Award winning author and historian Bob Carruthers. The series draws on primary sources and contemporary documents to provide a new insight into the true nature of Hitler's Wehrmacht. The series consultant is David Mcwhinnie creator of the award winning PBS series 'Battlefield'.
DOWNLOAD
READ ONLINE

Originally designed to support the smaller Panzer III's and Infantry during the early years of the war. From 1941 to 1945, it had become the main tank of the German Panzer Divisions that relieved the Panzer III's from its front line duty. The Panzer IV's 7.5 cm cannon was effective against all soft skin targets but was also effective against most tanks except for the better-armored ones, such as the French B1 bis or British Matilda and, later in 1941, against the Soviet T-34 and KV series.

Its ordnance inventory designation was Sd.Kfz. 161.