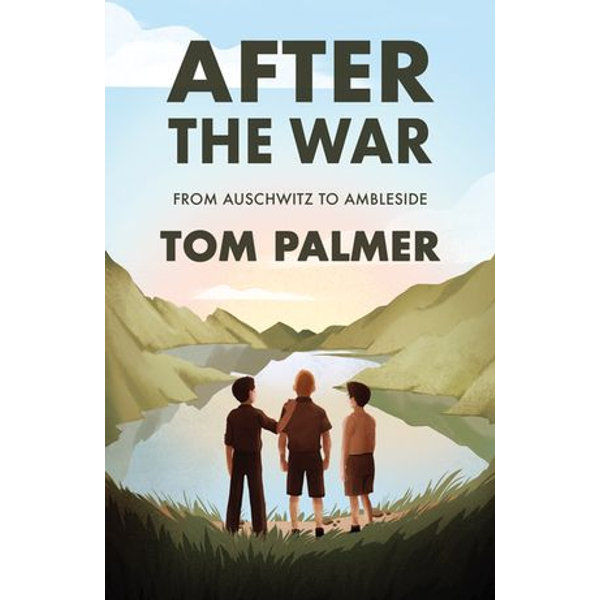 "The best children's fiction book I've yet read about the Holocaust" - Tim Robertson, CEO Anne Frank Trust Summer 1945. The Second World War is finally over and Yossi, Leo and Mordecai are among three hundred children who arrive in the English Lake District. Having survived the horrors of the Nazi concentration camps, they've finally reached a place of safety and peace, where they can hopefully begin to recover. But Yossi is haunted by thoughts of his missing father and disturbed by terrible nightmares. As he waits desperately for news from home, he fears that Mordecai and Leo - the closest thing to family he has left - will move on without him. Will life by the beautiful Lake Windermere be enough to bring hope back into all their lives?
DOWNLOAD
READ ONLINE

Beautifully structured and written it may be aimed at 9-14 year-olds, but no-one should miss it" CEO Anne Frank Trust UK "After the War is the book every teacher of the Holocaust needs." After the War is the seventh solo studio album by Irish guitarist Gary Moore, released in 1989. "After the War is a stunning musical tribute to every Australian who has given their all for our nation in the uniform of Navy, Army and Airforce... these are songs of love, friendship, loyalty and the triumph of the human spirit in the face of tough times." (Dr Brendan Nelson, Director of the Australian War Memorial) Developed as an important contribution to our commemoration of the Centenary of the end of the First World War, the After the War exhibition explores the impact and legacy of conflict on Australia. After the War uses the personal struggles of soldiers and their families to increase public understanding of the legacies of World War I in Western Australia and across the nation.

An epic, sweeping drama about a tormented artist who emerges from the trenches of WWI and embarks on a journey across the Mediterranean with a blind Moroccan boy and experiences a spiritual awakening. By 1960, a civil war was brewing, especially after the North created the National Liberation Front (NLF), a political organization and army, better known as the Viet Cong, in the south. The NLF included both communists and non-communists, and its purpose was to bring down the Ngo Dinh Diem government and unify the country on the North's terms.