Ghost Train to the Eastern Star 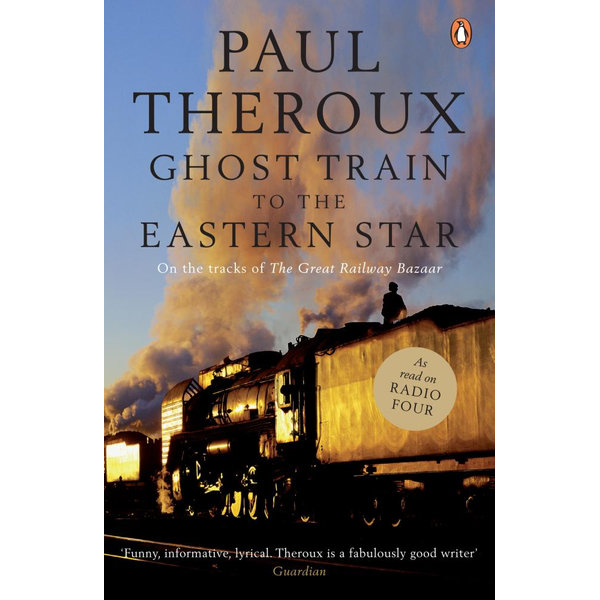 Paul Theroux's Ghost Train to the Eastern Star is a journey from London to Asia by train. Winner of the Stanford Dolman Lifetime Contribution to Travel Writing Award 2020 Thirty years ago Paul Theroux left London and travelled across Asia and back again by train. His account of the journey - The Great Railway Bazaar - was a landmark book and made his name as the foremost travel writer of his generation. Now Theroux makes the trip all over again. Through Eastern Europe, India and Asia to discover the changes that have swept the continents, and also to learn what an old man will make of a young man's journey. Ghost Train to the Eastern Star is a brilliant chronicle of change and an exploration of how travel is 'the saddest of pleasures'. 'A dazzler, giving us the highs and lows of his journey and tenderness and acerbic humour . . . fellow-travelling weirdoes, amateur taxi drivers, bar-girls and long-suffering locals are brought vividly to life' Spectator 'Fans of Theroux are not likely to be disappointed. Theroux has great descriptive skill . . . the world is slightly less unknown by virtue of reading the book' Sunday Telegraph 'Relaxed, curious, confident, surprisingly tender. Theroux's writing has an immediate, vivid and cursory quality that gives it a collective strength' Sunday Times 'A brilliant eye, readable and vivid. Theroux has still got it' Observer 'Fascinating, a joy to read' Tatler Paul Theroux's books include Dark Star Safari, Ghost Train to the Eastern Star, Riding the Iron Rooster, The Great Railway Bazaar, The Elephanta Suite, A Dead Hand, The Tao of Travel and The Lower River. The Mosquito Coast and Dr Slaughter have both been made into successful films. Paul Theroux divides his time between Cape Cod and the Hawaiian islands.
DOWNLOAD
READ ONLINE