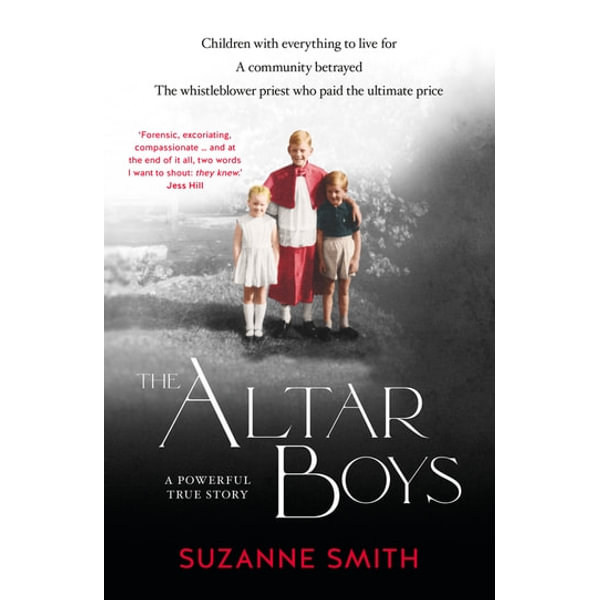 Boys with everything to live for ... A community betrayed ... The whistle-blower priest who paid the ultimate price Shortlisted for the 2020 Walkley Book Award Glen Walsh and Steven Alward were childhood friends in their tight-knit working-class community in Newcastle, NSW. Both proud altar boys at the local Catholic church, they went on to attend the city's Catholic boys' high schools: Glen to Marist Brothers, Hamilton, and Steven to St Pius X. Both did well: Steven became a journalist; Glen a priest. But their lives came to be burdened by secrets kept and exposed. Glen discovered that another priest was sexually abusing boys and reported the offender to police, breaking his vows to the Catholic 'brotherhood' in the process. His decision to give evidence regarding the cover-up of clerical abuse at a landmark trial ended in tragedy. Meanwhile, Steven was fighting his own battle to overcome a traumatic past, a battle that also ended in tragedy. Ensuing investigations revealed that at least 60 men in the region had taken their own lives. What had happened, and why were so many of those men from the three Catholic high schools in the area? By six-time Walkley Award-winning investigative reporter Suzanne Smith and shortlisted for the 2020 Walkley Book Award, The Altar Boys is the explosive expose of widespread and organised clerical abuse of children in one Australian city, and how the cover-up in the Catholic Church in Australia extended from parish priests to every echelon of the organisation. Focusing on two childhood friends, their families and community, this gripping story is backed by secret documents, diary notes and witness accounts, and details a deliberate church strategy of using psychological warfare against witnesses in key trials involving paedophile priests.
DOWNLOAD
READ ONLINE

Andrew Nash... The Altar Boys is a succinct account of the rampant sexual abuse and cover ups that proliferated the Maitland-Newcastle Catholic diocese, covering from about the 1950s to the early 2000s, written by a journalist who had already been covering the story when it became suddenly very personal. Suzanne Smith does a fantastic job at drawing all the different threads of the narrative together ... The Altar Boys is an Orange County California based guitar driven power punk group with a message and sense of urgency that is hard to miss.

Mark Robertson would later replace Alba on bass. The Altar Boys includes never-before published reports, emails and police statements regarding the alleged decades-long cover-up of clerical abuse in the Maitland-Newcastle diocese. Smith said she believed Walsh was bullied and readers should start by asking why. Anticipating the publicity and attention The Altar Boys will necessarily bring, diocesan management yesterday wrote an alert to its clergy, parish leaders, agency and school staff.