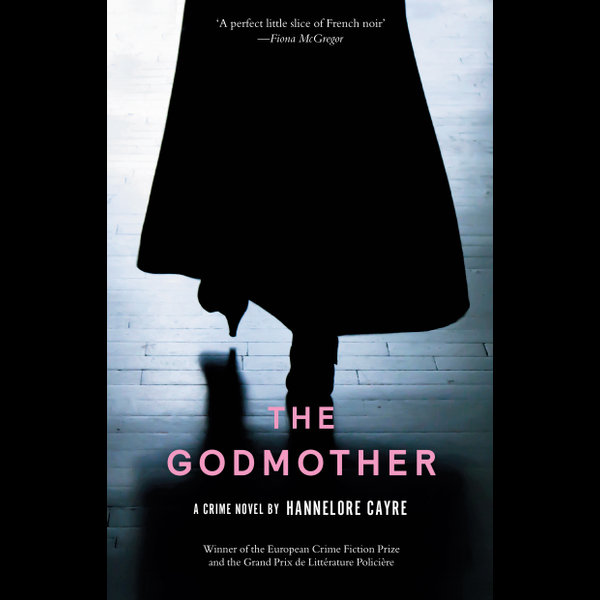 The French bestseller La Daronne Now a major film called Mama Weed starring Isabelle HuppertMeet Patience Portefeux, fifty-three, an underpaid French-Arabic translator who specialises in police phone taps. Widowed after the sudden death of her husband, Patience is wedged between the costs of raising her daughters and the nursing home fees for her ageing mother. She's laboured for twenty-five years to keep everyone's heads above water.Happening upon an especially revealing set of wiretaps ahead of all other authorities, Patience makes a life-altering decision that sees her intervening in - and infiltrating - the machinations of a massive drug deal. She thus embarks on an entirely new career path: Patience becomes 'the Godmother'.With a gallery of traffickers, dealers, police officers and politicians more real than life itself, and an unforgettable woman at its centre, Hannelore Cayre's bestselling novel shines a torchlight on a European criminal underworld that has rarely been seen, casting a piercing and darkly humorous gaze on everyday survival in contemporary France.Winner of the European Crime Fiction Prize and the Grand Prix de Litterature Policiere'Devourable in a sitting and tastes deliciously like one of the narrator's beloved Rothkos - dark at its centre, pulsing outward through all the more complex flavours.' -Sarah Krasnostein'Patience Portefeux is a woman you won't easily forget: tough, fearless and flawed, a modern-day heroine you'll find yourself rooting for from beginning to end.' -Anna Jaquiery'A perfect little slice of French noir, written in crisp, astringent prose from which unfurls a story much more complex than its 170 pages suggest. Expertly plotted, The Godmother is the most compelling crime novel I've read in years, rich with the sort of idiosyncratic detail only a criminal lawyer like Cayre could know. It eschews the moral reductionism of most drug narratives, laying bare the hypocrisies of the system itself. Patience Portefeux is a wonderful combination of wit, courage and sly subversion, surprising us all the way to the end.' -Fiona McGregor'Rigorous, superbly plotted by an author who clearly knows the territory. Vivid, smoky dialogue and a sly ending that ticks all the boxes . . . Masterly.' -Le Figaro'The Paris of Cayre's The Godmother is a spicy mix of cultures and classes so deftly evoked you can smell the cigarettes, coffee and Moroccan hash, taste the kebabs and Chamonix Orange cakes, feel the summer sweat trickle down your back and the hot asphalt stick to your feet. Reading this novel is a visceral delight.' -Angela Savage'Readers will be anxious about the fate of the forthright, sympathetic Patience up to the final page. It's no surprise that this novel won France's most prestigious award for crime fiction.' -Publishers Weekly starred review'A fabulous noir - more Balzac or Joyce Carol Oates than Simenon' -Le Point'Spectacular' -Annabel Crabb
DOWNLOAD
READ ONLINE

The only woman to ever reach the status of Godmother in the highest mafia inner circle. The Godmother is a slim crime novel (184 pages) that packs a punch. It won France's most prestigious crime book prize and is to be a major motion picture.

Hannelore Cayre is a writer and ... The Godmother is a completely convincing, exciting, and fascinating character. The way she sees things, her mongrel cultural and spiritual make-up, her compassion, what she actually cares about, and how she makes her decisions feels very grown-up, yet very 21st Century and made total sense to me.