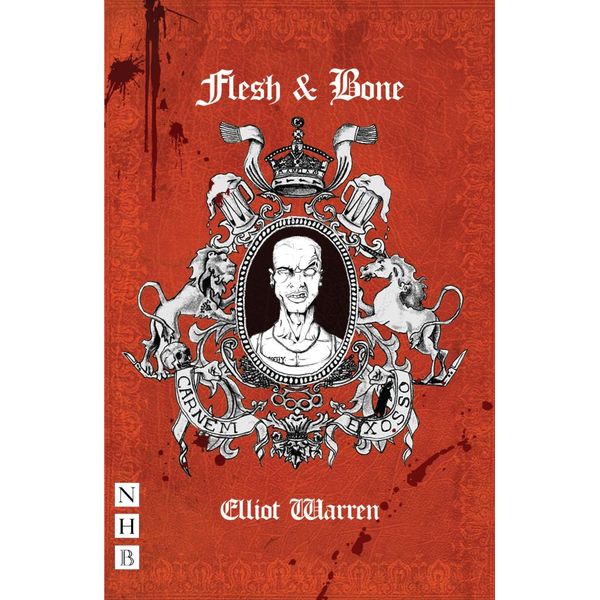 A vivid and fast-paced ride through a working-class London estate, fusing Shakespeare-inspired lyricism with Cockney accents. First seen at the Etcetera Theatre, London, in December 2016, Elliot Warren's play Flesh and Bone moved to the Pleasance Dome at the 2017 Edinburgh Festival Fringe (where it won a Fringe First, amongst other awards), and subsequently to the Adelaide Fringe (where it was overall winner of the Best Theatre Award) and Soho Theatre, London, in 2018. 'Blistering... explodes on to the stage as if Shakespeare was alive and well and living in a tower block in east London... the play's elevated language spliced with realism allows the characters to talk about who they are underneath: vital, interesting, multi-dimensional souls who want to live fruitful lives' - Scotsman 'Barges its way onto the stage and stays there, shouty, gobby and full of heart until the last, painting a portrait of an east London council estate as rollickingly funny as it is punchily poignant... a bunker-busting hotchpotch of monologues and short skits, smashing together an archaic lyricism and a contemporary, expletive-filled vernacular' - The Stage 'Visceral, high-octane... leaves you with much to think about' - British Theatre Guide 'Has a glorious, rolling swagger... this lyrical ode to the community of a London council estate is blunt, filthy and ingenious... [the] spittle-flecked gobbets of blank verse shove Shakespeare in between sinewy streams of modern patter. It works beautifully, turning the air blue with its sweary rhythm and pitch. The poetry of it hits like two fingers flicked with a smile' - Fest Mag
DOWNLOAD
READ ONLINE