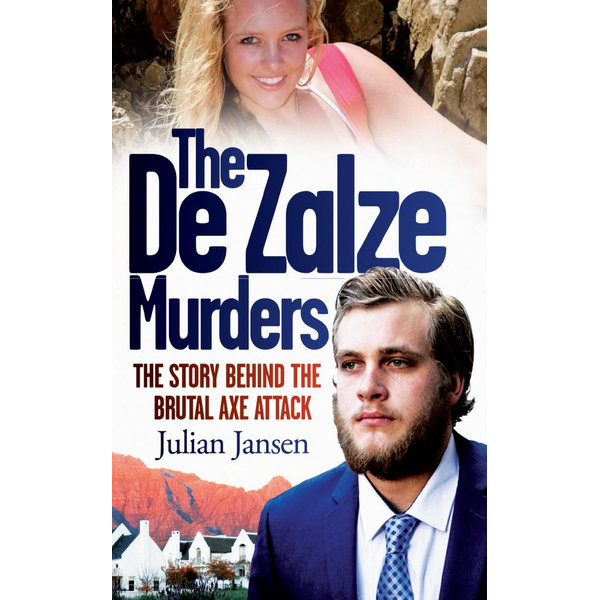 The Van Bredas were the perfect family. Wealthy, successful and well-liked. In a luxury estate just outside Stellenbosch they lived what seemed like a dream life. But everything changed overnight. The gruesome murders of Martin, his wife Teresa and their son Rudi shocked South Africa. Julian Jansen, one of the first reporters on the scene, immediately realised that the case was going to place exceptional demands on the police. He was also deeply shaken by the events. As relatives and friends one by one started talking to Jansen, a picture emerged of parents at their wits' end with their difficult 'loner' child and his drug problem. Could it be that the Van Bredas' own son had wielded the axe? From the moment the news broke, Rapport journalist Julian Jansen has followed the case closely as a reporter for the Sunday press grappling with the human side of this tragedy.
DOWNLOAD
READ ONLINE

The Van Bredas were the perfect family. Wealthy, successful an... Triple axe murder timeline image copyright AFP January 2014: Van Breda family arrive in South Africa from Australia, moving into their home in De Zalze Golf Estate three months later In this episode we speak to South African journalist and author Julian Jansen, about the case that has become known as the De Zalze, Van Breda Murders.

Martin van Breda was the managing director of Engel & Völkers in Australia and was an exceptional businessman ... The family had a luxury house in the gated De Zalze golf estate in Stellenbosch, near Cape Town. It is there that Henri told police and the court that his family was attacked early on the morning of January 27, 2015, by a black intruder wearing gloves, dark clothes and a balaclava. Martin and Teresa van Breda along with their 22-year-old son, Rudi, were found murdered in their home at the De Zalze Golf Estate last month.