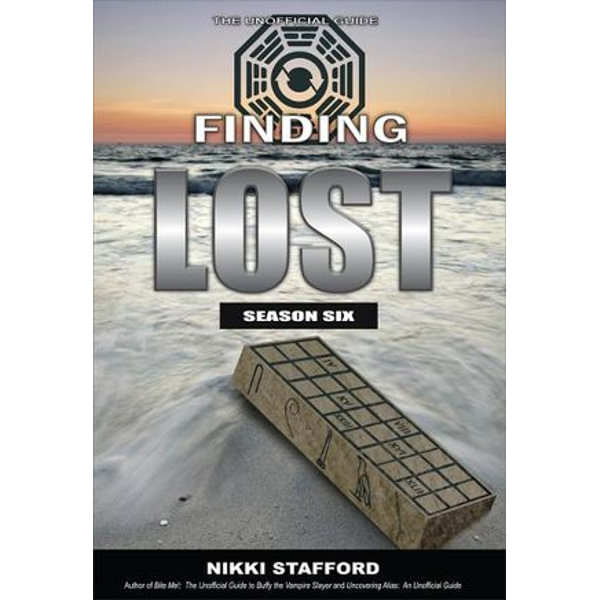 "Nikki Stafford is a godsend to Lost enthusiasts in particular and TV lovers in general. Ive written about TV for several years and have always valued her opinion and insights on all things television." - Amanda Cuda Connecticut Post Author Nikki Stafford has established herself in the Lost fandom through her comprehensive episode analysis which has helped thousands of viewers watch the show with a deeper understanding season after season. This final installment of the Finding Lost series will tie together all of the pieces from season 1 to the end showing the beginnings of each plot line and tracing its development throughout the series. The season 6 book will include analyses on the war between good and evil and how its been epitomized in the black and white themes and will provide possible explanations for many of the questions that will no doubt remain unanswered at the end of the series. The book will be filled with sidebars offering summaries for many of the shows ongoing mysteries and chapters on the shows literary precursors Stephen Kings The Stand and Miltons Paradise Lost . Stafford will also take a close look at the alternate timeline offered in the shows final season and compare it to the original timeline that played out in the first five seasons. Including exclusive behind-the-scenes photos of the filming of the season 6 episodes on location in Hawaii Finding Lost: Season 6 will be the only book Lost fans will need when the screen goes dark (or light) one final time.
DOWNLOAD
READ ONLINE

Jack, Cindy and Rose are the first characters featured in the first ever flashback on the series, and the first seen in the flash-sideways in season 6. Watch Lost Full Episodes Online.

I went to start season 6 and it's not on Hulu, ABC.com or any other mainstream TV show watching site (fancast, ect) anymore, even though it was about a month and a half ago when I started watching the show. I decided I would go to Target and spend the $40 to just buy the season, only to discover that it won't be released until August ... Lost : Season 6.