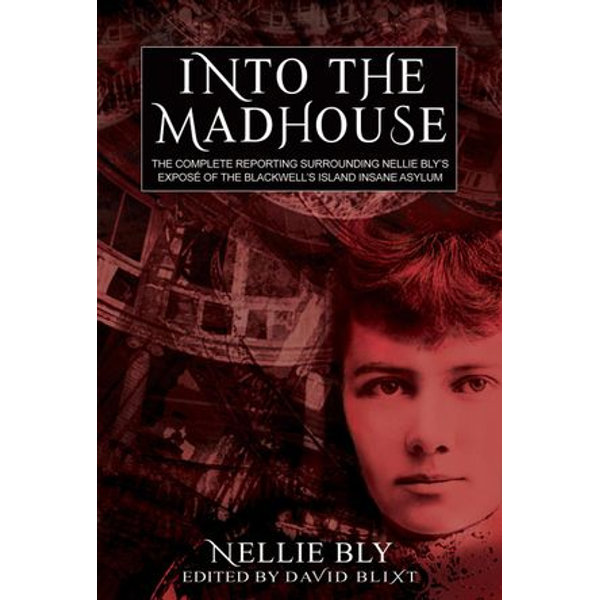 "PLUCKY NELLIE BLY!" "No young writer has ever leaped into such sudden fame in New York as Miss Nellie Bly, who did that lunatic asylum exposure for the New York World. She is a bright, handsome young lady, less than twenty years old, who came to the metropolis from Pittsburg a few months ago, and pluckily undertook to make her living by newspaper work in the great city. She deceived the expert physicians who examined her, and pronouncing her insane they consigned her to one of the insane wards of Blackwell's Island, where she dwelt among horrors for ten days, noting down in her quick brain all that she saw and heard. The old song says: "Nellie Bly, shuts her eye When she goes to sleep," but she seems never to have closed a peeper during the whole of that trying ordeal. Her narrative of the horrors of the place-the indifference of doctors, the neglect and cruelty of the nurses and the tortures inflicted upon the unfortunates, is told in a plain, straightforward manner and attests at once to her humanity and truth." - November, 1887 This volume collects for the first time ever all the reporting surrounding Nellie Bly's blockbuster undercover story that launched her to fame, including all three versions from her own pen: - Bly's initial account across three articles for the New York World - Bly's bestselling book Ten Days In A Mad-House - Bly's long-form 1889 article Among The Mad for Godey's Lady's Book Also included are over two dozen contemporary articles relating to Bly's madhouse stay, including the attempt by the New York Sun to scoop Bly on her own story! With a foreword by David Blixt, author of What Girls Are Good For: A Novel Of Nellie Bly, The Master Of Verona, and Her Majesty's Will.
DOWNLOAD
READ ONLINE

WHY they do not break down over the hips, and WHY the celebrated French curved band prevents any wrinkling or ... In Asylum Chapter 1: Into the Madhouse, a death note fanfic | FanFiction. A/N: I do not own Death Note, Sukisyo, the Disturbed song, or anything else that get's referenced here.

The book details her experiences while living undercover at Bellevue Hospital, a women's insane asylum on Blackwell's Island, New York, for ten days. Into the madhouse. Don't drink the rabbit's tea.