A Ghost In The Machine 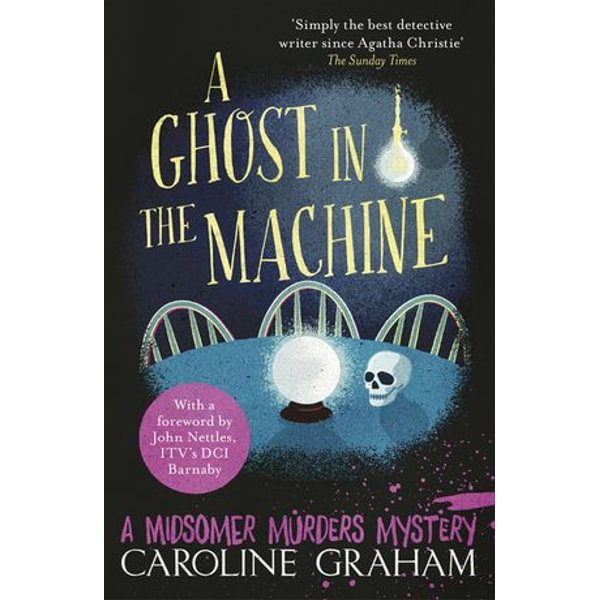 'Simply the best detective writer since Agatha Christie' The Sunday TimesDiscover the novels that inspired the hit ITV series Midsomer Murders, seen and loved by millions. A Ghost in the Machineis the captivating seventh novel in the Midsomer Murders series starring Detective Chief Inspector Barnaby. Features an exclusive foreword by John Nettles, ITV's DCI Tom Barnaby.If you love Agatha Christie, Ann Granger and James Runcie's The Grantchester Mysteries you'll love the Midsomer Murders mysteries by Caroline Graham.For all its old-fashioned charm, Forbes Abbot is far from the close-knit community that ex-Londoners Mallory and Kate Lawson expected. In this village, everyday squabbles can quickly turn to murder. As the couple begins to settle into their new life away from the big city, it isn't long until they're thrown into the horror and mayhem of a true Midsomer Murders mystery.Detective Chief Inspector Barnaby has encountered many intriguing cases in his years on the force, but soon he will discover that the incident of the ghost in the machine is the most challenging of them all. Praise for Caroline Graham's novels:'Wickedly acidic, yet sympathetic' Publishers Weekly 'Swift, tense and highly alarming' TLS'One to savour' Val McDermid 'Lots of excellent character sketches . . . and the dialogue is lively and convincing' Independent 'Hard to praise highly enough' The Sunday Times 'Her books are not just great whodunits but great novels in their own right' Julie Burchill 'Enlivened by a very sardonic wit and turn of phrase, the narrative drive never falters' Birmingham Post 'An uncommonly appealing mystery . . . a real winner' Publishers Weekly 'Read her and you'll be astonished . . . very sexy, very hip and very funny' Scotsman'The mystery is intriguing, the wit shafts through like sunlight . . . do not miss this book' Family Circle
DOWNLOAD
READ ONLINE

At the time, childbirth was a dangerous matter and women ... A Ghost in the Machine is the captivating seventh novel in the Midsomer Murders series starring Detective Chief Inspector Barnaby. Features an exclusive foreword by John Nettles, ITV's DCI Tom Barnaby. Consequently it becomes possible to convince a ghost that the washing machine is not a washing machine but a hippopotamus.