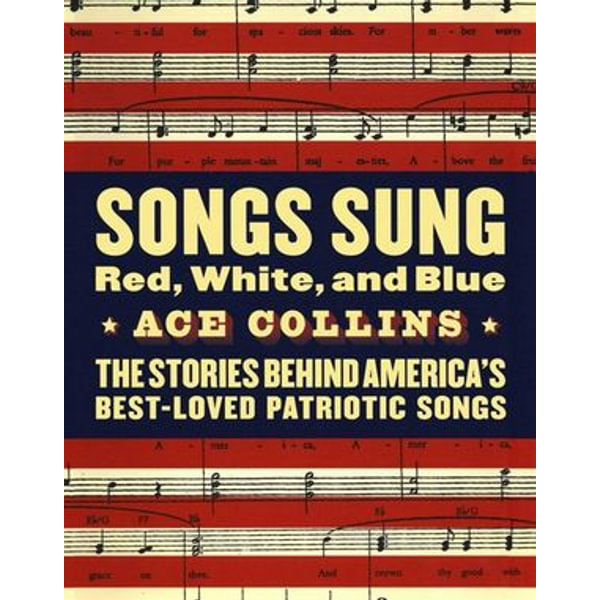 Throughout our nation's history, patriotic songs have lifted our spirits during hard times and brought us closer to our heritage and to each other. Behind these "songs sung red, white, and blue" are unforgettable stories that will enrich your appreciation of their unique power. It's hard to imagine a single American who hasn't been touched deeply at one time or another by the songs in these pages. From the soaring chorus of "God Bless America" to the quiet poetry of "America the Beautiful," historian Ace Collins takes you inside the creation of thirty-two classic songs spanning two centuries. Military anthems like "The Marine's Hymn" and "Anchors Aweigh" share pages with other songs of war, such as the War of 1812's "The Star-Spangled Banner" and the Civil War's "Battle Hymn of the Republic." Popular tunes dating back to the earliest days of our nation, such as "Yankee Doodle," are included alongside contemporary hits like "God Bless the U.S.A." Other favorites like "This Land Is Your Land" and "This Is My Country" reflect on our nation in times of peace.You'll meet a surprising and diverse cast of behind-the-scenes characters, which includes both everydayAmericans -- teachers, preachers, and soldiers -- as well as celebrated songwriters like Irving Berlin and George M. Cohan. Here are songs that are as close to our hearts as any ever written -- songs that form a rousing soundtrack to America's story.
DOWNLOAD
READ ONLINE

Best Sellers Today ... Songs Sung Red, White, and Blue: The Stories Behind America's Best-Loved Patriotic Songs - Kindle edition by Collins, Ace. Download it once and read it on your Kindle device, PC, phones or tablets.