Secret History of the Iraq War 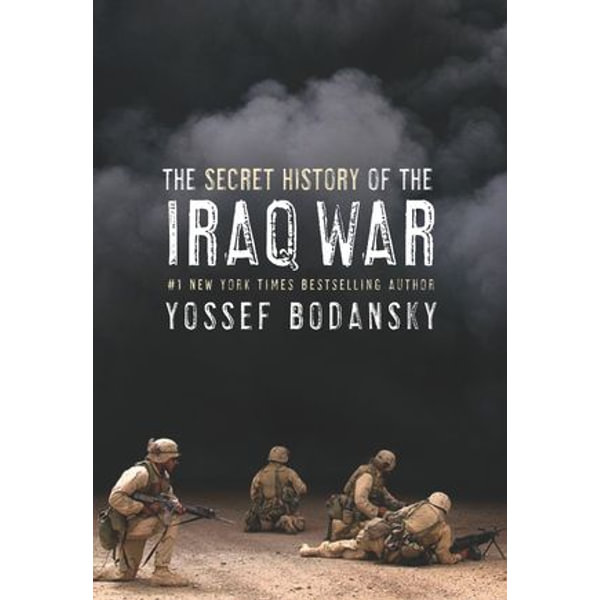 In the months leading up to March 2003, fresh from its swift and heady victory in Afghanistan, the Bush administration mobilized the United States armed forces to overthrow the government of Iraq. Eight months after the president declared an end to major combat operations, Saddam Hussein was captured in a farmhouse in Al-Dawr. And yet neither peace nor democracy has taken hold in Iraq; instead the country has plunged into terrorist insurgency and guerrilla warfare, with no end in sight.What went wrong?In The Secret History of the Iraq War, bestselling author Yossef Bodansky offers an astonishing new account of the war and its aftermath—a war that was doomed from the start, he argues, by the massive and systemic failures of the American intelligence community. Drawing back the curtain of politicized debate, Bodansky—a longtime expert and director of the Congressional Task Force on Terrorism and Unconventional Warfare—reveals that nearly every aspect of America's conflict with Iraq has been misunderstood, in both the court of public opinion and the White House itself. Among his revelations:The most authoritative account of Saddam Hussein's support for Islamic terrorist organizations—including extensive new reporting on his active cooperation with al-Qaeda in Iraq long after the fall of BaghdadExtensive new information on Iraq's major chemical and biological weapons programs—including North Korea's role in building still-undetected secret storage facilities and Iraq's transfer of banned materials to Syria, Iran, and Libya The first account of Saddam's plan for Iraq, Syria, and Iran to join Yasser Arafat's Palestinian forces to attack Israel, throw the region into turmoil, and upend the American campaignThe untold story of Russia's attempt to launch a coup against Saddam before the war—and how the CIA thwarted it by ensuring that Iraq was forewarnedDramatic details about Saddam's final days on the run, including the untold story of a near miss with U.S. troops and the stunning revelation that Saddam was already in custody at the time of his capture—and was probably betrayed by members of his own Tikriti clanThe definitive account of the anti-U.S. resistance and uprising in Iraq, as the American invasion ignited an Islamic jihad and Iran-inspired intifada, threatening to plunge the region into irreversible chaos fueled by hatred and revengeRevelations about the direct involvement of Osama bin Laden in the terrorism campaigns in Iraq, Saudi Arabia, and the rest of the Middle East—including the major role played by Iran and HizbAllah in al-Qaeda's operationsDrawing upon an extraordinary wealth of previously untapped intelligence and regional sources, The Secret History of the Iraq War presents the most detailed, fascinating, and convincing account of the most controversial war of our times—and offers a sobering indictment of an intelligence system that failed the White House, the American military, and the people of the Middle East.
DOWNLOAD
READ ONLINE

Download eBooks from Booktopia today. Yossef Bodansky, author of The Secret History of the Iraq War and the number one New York Times bestseller Bin Laden: The Man Who Declared War on America, was the director of the Congressional Task Force on Terrorism and Unconventional Warfare for sixteen years (1988-2004). He is also the longtime director of research at the International Strategic Studies Association.