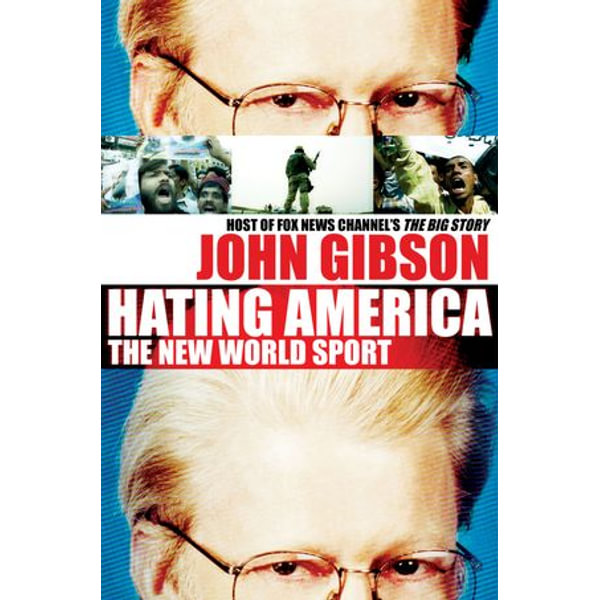 John Gibson is one of the Fox News Channel's most outspoken personalities. Now, as the aftershocks of the war in Iraq reverberate around the world, Gibson exposes the outrageous tenor of anti-American sentiment filling newsprint and airwaves beyond our borders and how disagreements over policy have mushroomed into poisonous hatred."I loathe America . . . and what it has done to Iraq and the rest of the helpless world." -Margaret Drabble, British novelistFrom the "Arab street" to the halls of even the most historically friendly foreign governments, extreme anti-Americanism has grown disturbingly pervasive throughout the world since the shell-shocking moment of 9/11. Over the year that followed, Gibson writes, "I began to watch the overseas press with a morbid fascination punctuated by bursts of outrage. The things that were being said about America and Americans were marked by an off-the-charts level of venom, a scandalous parade of mistaken assumptions, an endless font of suspicion, mistrust, and the promulgation of outright, willful lies. The viciousness of commentary on America was breathtaking.""Damn Americans. Hate those bastards." --Carolyn Parrish, Canadian parliament memberAnd, as Gibson traces, the hate speech has gone well beyond the usual suspects in the Middle East, infecting our erstwhile allies in Europe, Asia, and even Canada. British Prime Minister Tony Blair complained that "some of the rhetoric I hear used about America is more savage than some of the rhetoric I hear about Saddam and the Iraqi regime." Presumptuous Belgian officials attempted to bring American officials up on war-crimes charges. And special hatred was reserved for President George W. Bush, whom one Australian newspaper dismissed as "the village idiot." As America defends its security in the ongoing war on terror, Gibson argues, we must be prepared to face this growing tide of resentment abroad, which will only result in serious consequences for the haters themselves. For the anti-Americans, he argues, would "like us to forget that those who hate us may eventually try to kill us -- because they now know that we will never allow that to happen without exacting a price on those who would attempt it."
DOWNLOAD
READ ONLINE

Rep. Omar Say She 'Hates Living in America,' Was 'Better Off' in Refugee Camp? Principled criticism of aspects of one's life in a country is not the same as expressing hatred of it. Read "Hating America The New World Sport" by John Gibson available from Rakuten Kobo.

If you don't hate Louis Armstrong, then ask yourself what it is about him that you love, and build out from there to your neighbors. I'm going to ... Hating America On September 12, 2001, Jean-Marie Colombani, the editor of Le Monde, famously wrote, "Today we are all Americans." Three years on, it seems that we are all anti-Americans.