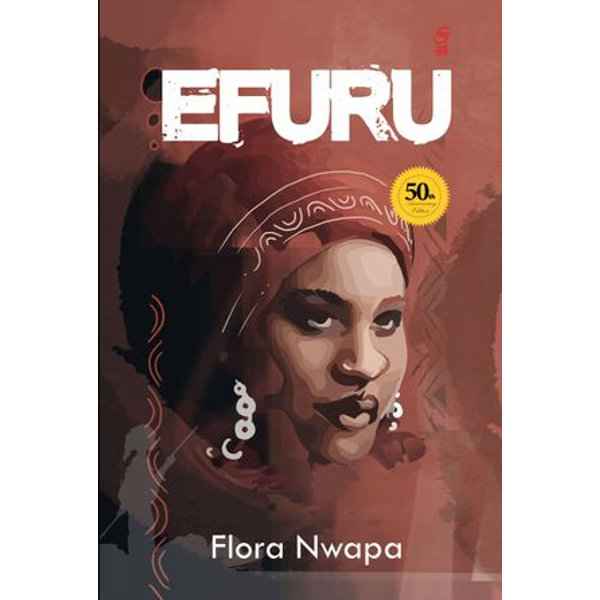 This edition marks the 50th anniversary of Efuru, the first novel by Nigeria's Flora Nwapa. Originally published by Heinemann in London in 1966. Efuru is the first novel by a female African author published internationally. It has presented the first narration of an African village woman's life and plight from an insider's female perspective. Efuru introduces an important feminist issue to Africa, contextualized in the cultural setting of Nwapa's own Igbo home-town, Oguta: a woman is more than merely a body used for reproduction; she is capable of achieving more and a valuable asset to her community even without a surviving child. The novel's heroine, Efuru is an exceptionally beautiful young woman. She is a positive character from a good family background; she is smart, strong-willed, achieving, industrious, soft-spoken, kind, motherly, generous, courteous, and extremely well-liked; she has friends, well-wisher's and protectors; she is highly respected in her community. Efuru is not a Church member, has not attended higher education, follows traditional behavior and even abides to the customary requirements of bride-wealth and female circumcision, as well as polygyny. Though not ostracized by the community, Efuru suffers greatly after the loss of her only child, abandonment by her way-ward husband, the loss of her supportive father, and the disappointing and unjustified distrust by her second husband. In the end, she finds solace in Uhamiri. Efuru is set during colonial times and draws a vivid image of Riverine Igbo rural life, industrious women, pros and cons of local customs and beliefs, their disruption under the impact of missionary activities and education, as well as the benefits of Western medicine combatting tropical diseases. The story's characters portray major social components and issues in their actions and dialogues, conveying the area's cultural flavor. However, Flora Nwapa also challenges and-perhaps unwittingly at the time of her writing in the early 1960ies- deconstructs local awe of female fecundity and beliefs in the lake goddess, Uhamiri's ability to give and protect children and life itself. The novel, Efuru ends as follows, "She dreamt of the woman of the lake. ... She gave women beauty and wealth but she had no child. .Why then did women worship her?" Efuru, apparently dreamt that Uhamiri did not have children of her own. But does this dream really raise doubts about the goddess'/water's ability to give children/life? Oguta-Igbo culture's highest value is children and female fecundity; a woman's ability to produce children is believed to be her greatest significance. According to pre-Christian local religious beliefs, the "woman of the lake," Uhamiri is a Water Goddess who gives children, just as water is known to be the source and sustainer of life. Flora Nwapa deconstructed such beliefs by creating an anti-thesis and dialectic dynamics. Her fate of childlessness represents a dichotomy to social expectations. Oguta's ideal woman is a "mother of many." Yet, the childless heroine is portrayed as extremely positive. From this very opposition emerges the recognition of a woman's worth beyond her fecundity. She is empowered by a local deity and moves ahead beyond-not instead of-childbearing. Efuru-and by extension Nwapa herself-has shed doubts on the sole benefit of the divine gift of fertility to women. In doing so, she actually corroborates indigenous beliefs in the Lake Goddess who can give to humans even more than children, such as in the words of one old woman at Oguta, "Uhammiri gives children and everything else."?Efuru and her dreams provoke the understanding that water/the Lake Goddess/woman (of the lake) must be valued by herself, as an asset to society even without a child. Nwapa's dialectical opposition creates a dynamic that vindicates womanhood and projects female powers and potentials on several levels from the deep past into the far flung future.
DOWNLOAD
READ ONLINE

It will be a platform for writers, scholars, literary critics and ... Efuru was highly a successful business woman, who accumulated wealth other than offspring.Oguta women are historically known as entrepreneurial, wealthy and successful traders and businesswomen. 25 Yet, the deepest desire, greatest pride, and wealth of the rural Oru-Igbo, is having children, especially sons.