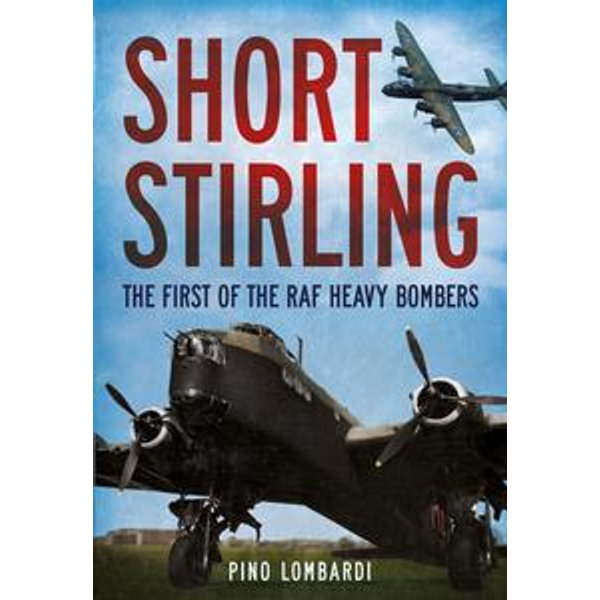 Short Stirling: The First of the RAF Heavy Bombers is dedicated to the RAF's first four-engine heavy bomber and is the culmination of an incredible 30 years' comprehensive research. Illustrated with largely unpublished wartime photographs, it describes the design, construction and factories where Stirlings were produced. The men and women who built them relate their stories and the aircrews give their personal accounts of operating the Stirling. A chapter is devoted to the training of aircrews and flying the Stirling is described in detail. Not forgotten is the work of RAF ground crews and maintenance units, often working outdoors in sub-zero conditions. Then there are the civilian men and women who undertook repairs; little adulation was given for the vital work they achieved in rebuilding battle-damaged Stirlings. The final transport version of the Stirling is featured both in its RAF and post-war civilian role and how it went full circle to become a bomber once more in the hands of the Egyptian Air Force.
DOWNLOAD
READ ONLINE

Focke-Wulf 189 - Red Stripe box,decals and instructions have yellowed, box has creases, tape staines and 1 box end is torn. The Short Stirling was the first four-engined British heavy bomber of the Second World War.. The Stirling was designed by Short Brothers to meet an Air Ministry specification from 1936.

In 1936 the British air staff sought acquisition of its first strategic ... Short Stirling specifications and other notes The Stirling was the tallest of any aircraft to serve with the RAF in World War Two being 22 feet and 9 inches from the ground at her highest point. Tip of the nose to the end of her guns at the tail was a shade over 87 feet, which also made her the longest of any RAF aircraft in the War. The Short Stirling-page contains all related products, articles, books, walkarounds and plastic scale modeling projects dedicated to this aircraft.