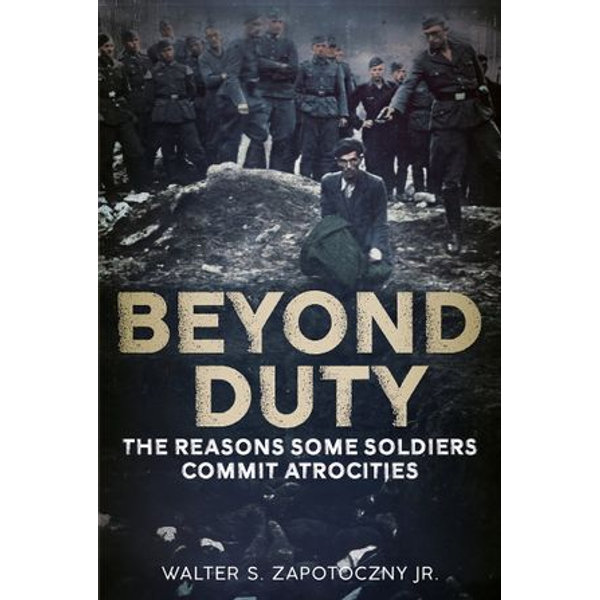 Accounts of brutality fill the history of warfare. The behaviour of any human being is a complex phenomenon whether in war or peace. Historians have described in detail the actions of military groups that committed brutalities, but failed to deal with the factors that contributed to those actions. After examining the collective behaviour of six military groups, representing combat actions in different periods in history, unexpected similarities became clear: there are comparable factors, which allowed men to kill, women and children in cold blood and to commit acts of unspeakable brutality. Five principle factors that had the greatest influence, either directly or indirectly, on the groups have been identified. Together, the factors supported each other and crystallised into a modus operandi that resulted in atrocities and bestial acts on civilians. Beyond Duty: The Reason Some Soldiers Commit Atrocities is the first book to identify the factors that lead to the most horrific cruelty in history and to predict the actions of future groups given similar circumstances.
DOWNLOAD
READ ONLINE

Do you remember why you first donated to Mission Australia? For Ruth, it's a moment she'll never forget… Our Missionbeat staff are renowned for going the extra mile to help people in need. But around 30 years ago, our team had a rather unique encounter.