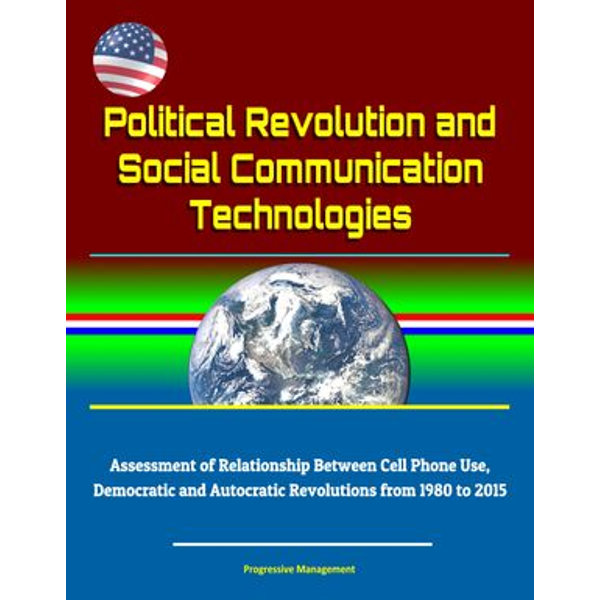 This important December 2017 report has been professionally converted for accurate flowing-text e-book format reproduction. The relatively recent advent of cell phones provides an increasing portion of the world's population with hitherto unprecedented access to information, and offers a novel means of networking and communicating within and across societies. Since cell phones have been utilized in collective action events such as the Arab Spring, this thesis seeks to determine their role, if any, in events that lead to political revolution. Using non-linear logistic regression techniques, this study assesses the relationship between cell phone use and political revolutions, both democratic and autocratic, from 1980 to 2015. The results of the study indicate that there is a strong negative relationship between cell phone use and democratic political revolution, suggesting that higher levels of cell phone use actually reduce the probability of democratic political revolution, and may bolster existing autocracies. We speculate that this may result from governments' ability to use cell phones and social communication technologies for population control and suppression; furthermore, the horizontal and decentralized nature of communications enabled by cell phones may create amorphous organizations that have difficulty effecting government change. I. INTRODUCTION * II. LITERATURE REVIEW AND HYPOTHESES * A. CELL PHONES * B. MASS MEDIA * C. ECONOMIC DEVELOPMENT * D. POPULATION DENSITY AND URBANIZATION * III. METHODOLOGY AND EMPIRICAL DATA * A. ANALYTICAL TIME FRAME * B. DEFINING THE VARIABLES * 1. Dependent Variable - Political Revolution * 2. Independent Variable - Cell Phone Density * 3. Independent Variable - Mass Media Density * 4. Control Variables * 5. Regression Model * IV. ANALYSIS OF EMPIRICAL DATA * A. MODEL ASSESSMENT * B. SUMMARY OF RESULTS * C. IMPLICATIONS AND PROJECTIONS * V. RECOMMENDATIONS TO IMPROVE FUTURE STUDIES Recent advances in the variety, availability and affordability of social communication technologies, such as cell phones, provide new methods for accessing and sharing information and ideas within and across societies and provide novel conduits for communicating with various audiences around the globe, to include audiences in previously closed authoritarian environments. With the ability to access the internet and conduct two-way communications, cell phones allow users to transcend traditional cultural, social, political and geographic boundaries at near-instantaneous speeds, which may provide the potential for more effective organized government opposition, or alternatively, may provide governments with additional tools for monitoring populations, suppressing dissent or propagating narratives. Using multivariate statistical models, this thesis seeks to answer the following question: What role do cell phones play in events that lead to political revolution?
DOWNLOAD
READ ONLINE

Keywords conflict, social media, repression, protest, radicalization, technology Putting Social Media in Perspective In the summer of 2014, the Salafi-jihadist group known as ISIS swept into western The information revolution and the extraordinary increase in the spread of knowledge have given birth to a new era--one of knowledge and information which effects directly economic, social, cultural and political activities of all regions of the world, including Africa. Governments worldwide have recognized the role that Information and Communication Technologies could play in socio-economic ... History of technology - History of technology - The Industrial Revolution (1750-1900): The term Industrial Revolution, like similar historical concepts, is more convenient than precise.