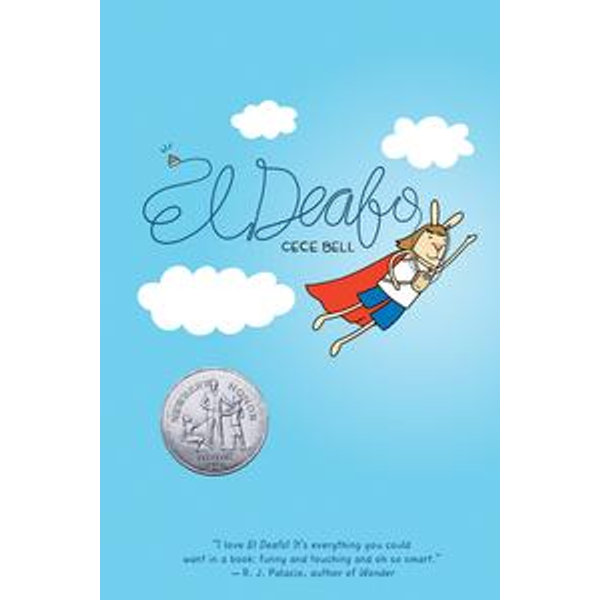 **New York Times Bestseller A 2015 Newbery Honor Book** Going to school and making new friends can be tough. But going to school and making new friends while wearing a bulky hearing aid strapped to your chest? That requires superpowers! In this funny, poignant graphic novel memoir, author/illustrator Cece Bell chronicles her hearing loss at a young age and her subsequent experiences with the Phonic Ear, a very powerful-and very awkward-hearing aid. The Phonic Ear gives Cece the ability to hear-sometimes things she shouldn't-but also isolates her from her classmates. She really just wants to fit in and find a true friend, someone who appreciates her as she is. After some trouble, she is finally able to harness the power of the Phonic Ear and become "El Deafo, Listener for All." And more importantly, declare a place for herself in the world and find the friend she's longed for. PRAISE FOR EL DEAFO STARRED REVIEWS "A standout autobiography. Someone readers will enjoy getting to know." --Publishers Weekly, starred review "Worthy of a superhero." --Kirkus Reviews, starred review "This empowering autobiographical story belongs right next to Raina Telgemeier's Smile (2011) and Liz Prince's Tomboy." --Booklist
DOWNLOAD
READ ONLINE

It centers around her deafness and feelings about deafness (and her ginormous hearing aid), with the stories of her friendships, family and school illustrating her points. About the Author Cece Bell is the author of the Newbery Honor Book and Eisner Award winner El Deafo, which received four starred reviews and was a New York Times bestseller. She is also the author of Rabbit and Robot, winner of a Geisel Honor.

Aside from pointing out the obviou El Deafo is a graphic novel written and illustrated by Cece Bell. The book is a loose autobiographical account of Bell's childhood and living with her deafness.