The Song of the Tears Box Set 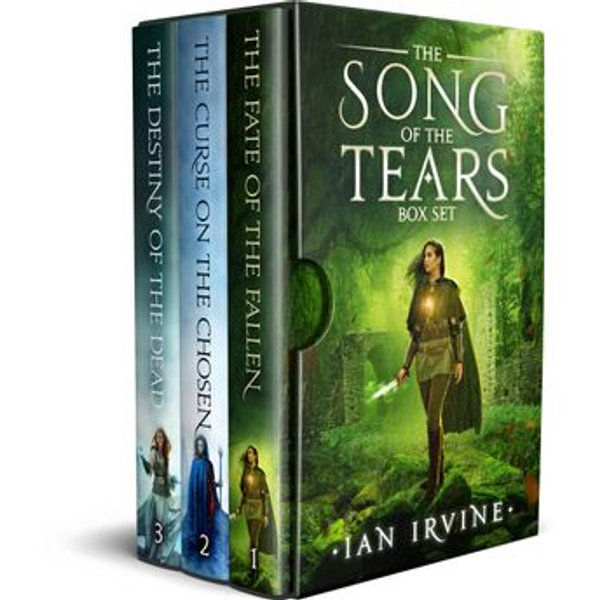 After ten years of servitude, Nish is still held in the blackest dungeon of the maimed God-Emperor, his corrupt father. With the sorcerous quicksilver tears, Gatherer and Reaper, the God-Emperor controls all magic and is remaking the world in his depraved image. Now he wants Nish to be his lieutenant, to become as foul as he is. But the malevolent God-Emperor executed the only woman Nish has ever loved and, even faced with another decade in prison, he cannot serve his father. Santhenar's only hope of freedom now rests on shy, bookish Maelys, who has been given a shameful duty by her overbearing aunts. Maelys' gift will allow her to reach Nish's dungeon unseen, but how can she get him out past the all-seeing gaze of Gatherer and Reaper? And even if she does, how can a friendless renegade with no magic take on the most powerful tyrant the world has ever seen? You won't want to miss this 'unflaggingly inventive' fantasy series by million-selling author Ian Irvine. What reviewers say about the Three Worlds books "A compelling adventure in a landscape full of wonders." - Locus "A page-turner of the highest order ... Formidable!" - SFX on Geomancer "It is the most engrossing book I've read in years." - Van Ikin, Sydney Morning Herald "Readers of Eddings, Goodkind and Jordan will lap this one up." - Starlog "Utterly absorbing." Stephen Davenport, Independent Weekly "For sheer excitement, there's just no one like Irvine." SFX on The Destiny of the Dead "As good as anything I have read in the fantasy genre." - Adelaide Advertiser Reviews of The Song of the Tears trilogy "Hang on with both hands, because this story waits for no one." Sandy Auden, SFX on The Fate of the Fallen. "The final payoff is fantastic. The most unflaggingly inventive storyteller we've seen in years." Sydney Morning Herald on The Destiny of the Dead "This precise and beautifully crafted novel blooms from its ascetic opening to a resonant and rewarding climax. Makes what's currently available on fantasy shelves seem hackneyed and formulaic. Utterly absorbing." Stephen Davenport, Independent Weekly "Unbelievably, Irvine has managed to increase the pace of his story in this third and final volume - for sheer excitement, there's just no one like Irvine around at the moment." SFX on The Destiny of the Dead. "Whether you like interesting characters, good description or a well thought out world, this book is bound to impress you." - Nicole Juliette, Dreamhosters.com "Another blockbuster fantasy series." Colin Steele, Canberra Times.
DOWNLOAD
READ ONLINE

Deutsch; Associate Producer: Mark Wilder; Project Director: Gary Pacheco; Associated Executive Producer: Ria ... Songs that were written by teams of three and sometimes even four songwriters have wound up being credited solely to Morty Berk, leaving Capano and co-writing brethren out in the cold. In other instances he has been credited—but only sort of, since his name has appeared as "Campo", "Capana" and "Cabana", among other variations.